Eleanor was had just turned one when Ted was taken from us. An age that gave many the audacity to say that she’d recover quite quickly from the loss. But like many things that have been uttered without experience to validate, this proved untrue.

A couple of months before her birthday, Eleanor started to really began her bonding with Ted. We had read that breastfed babies tended to be more mom-focused for their first several months, understandably since that’s their sole source of nourishment, but then they begin to realize there’s another parent – and in her case, a curiously fun and interesting one.

One day when she was around eight months, I led a phone conference for work – something I usually did from the office but on this day, it was from home. Because I needed the house to be free of baby noises, Ted decided to take Eleanor on their first daddy-daughter date.

They went to Target. 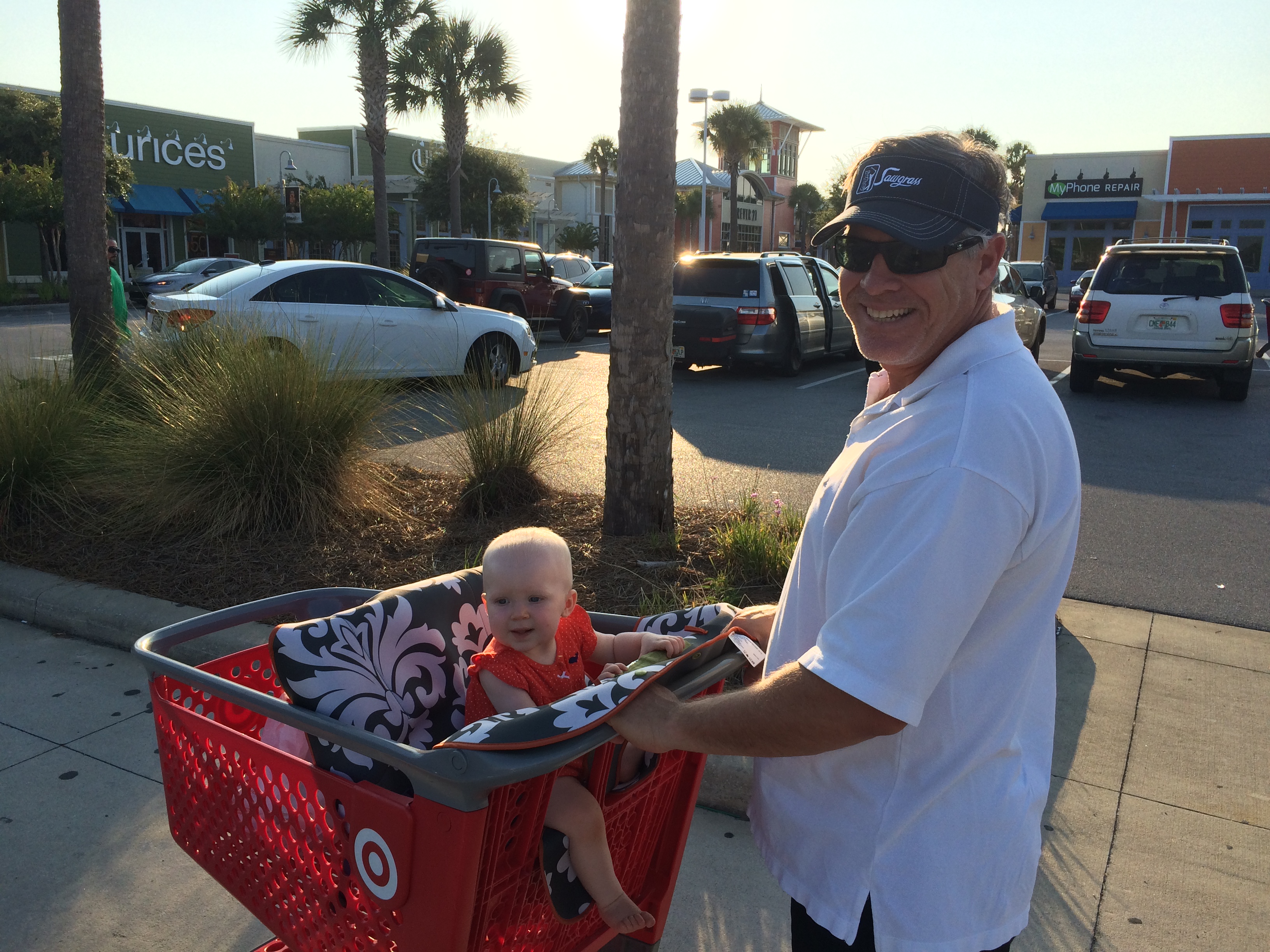 He came back beaming about how well she did and how much fun they had. He walked around the store with her strapped to him in the carrier, feeding her a baby food pouch.

Now, Ted routinely consumed food from the grocery store while he was still shopping, so it’s no surprise that he introduced Eleanor to that same laissez-faire way of being.  My being an over-explainer with a guilt complex, I’ve never felt comfortable doing so myself, but I’ve carried on that tradition with Eleanor when we go grocery shopping. I let the checkout clerks assume I had to give her something to be content, but I know it’s our hat tip to Ted.

Their field trip launched a routine for them. He took her on one each week – typically to Target or the hardware store (he said she really liked the Halloween decorations that were starting to fill Lowe’s on one of their last outings together).

He loved carrying her on his chest and she loved seeing the world from that vantage point. But it was more than that – she just loved being with him. 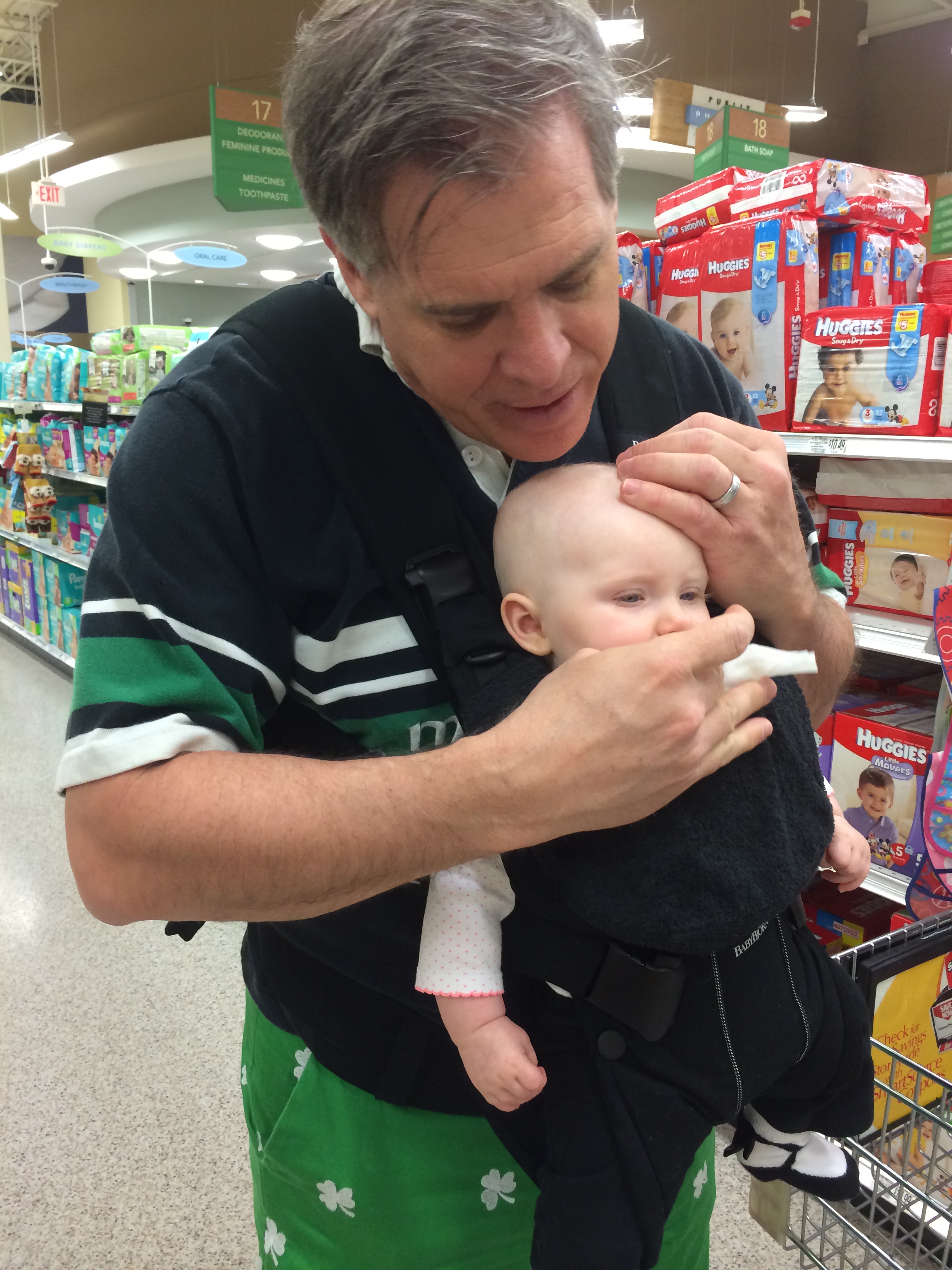 Daddies bring such a different set of feelings, comforts, and experiences to a child’s world – and that was very much the case with Ted.

He brought a sense of exploration while still surrounding her with the same feeling of protection and safety that he’d always given me. He gave her boundaries but with the freedom to roam, test, and experiment within those parameters. He delighted her with his jovial nature and childlike manner. 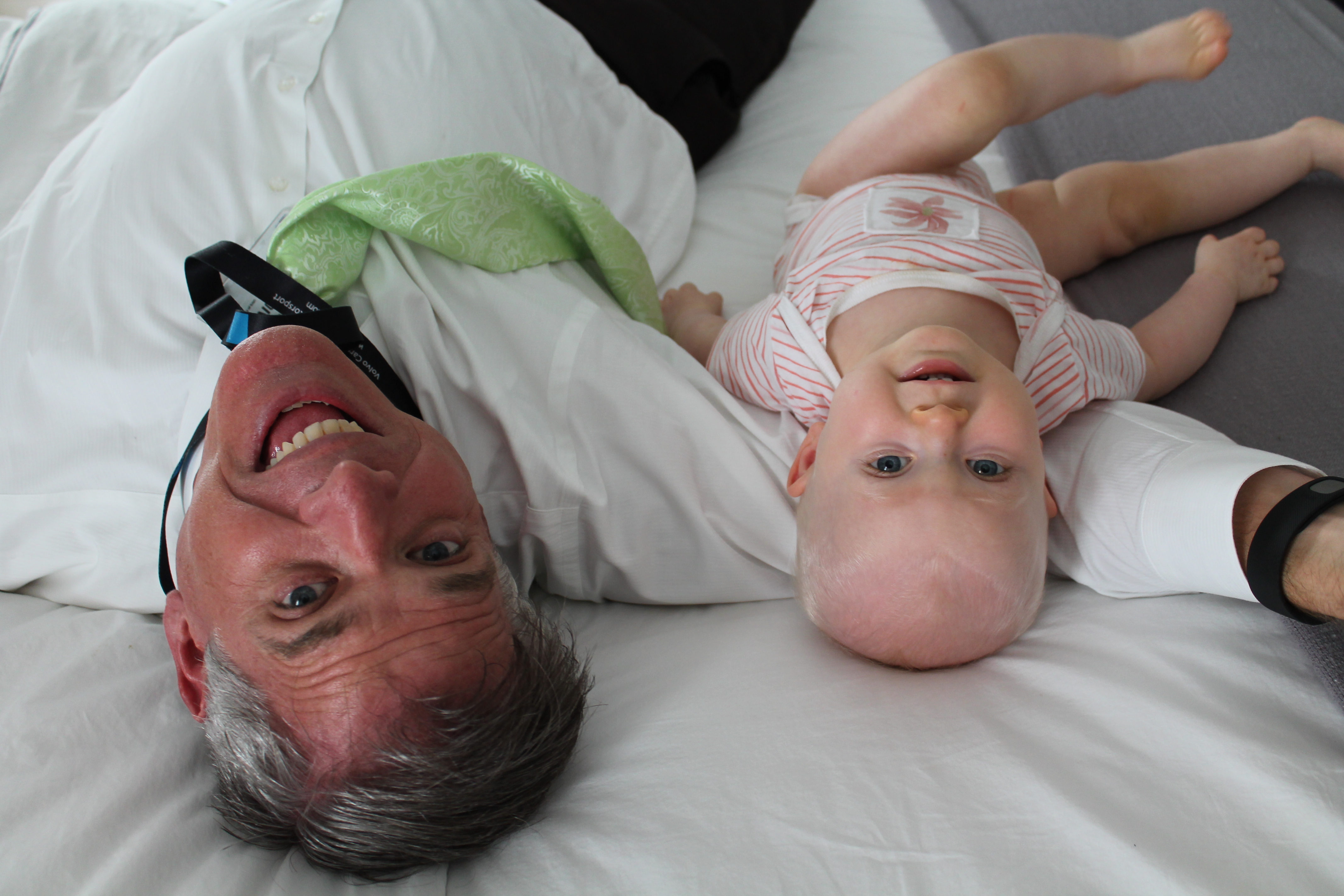 While he said she seemed most content when the three of us were together, there was no question how she felt about his comings and goings. She’d stand at the glass front door and wave goodbye to him in the morning. And she’d return to that spot and wait for him to drive up in the afternoons. 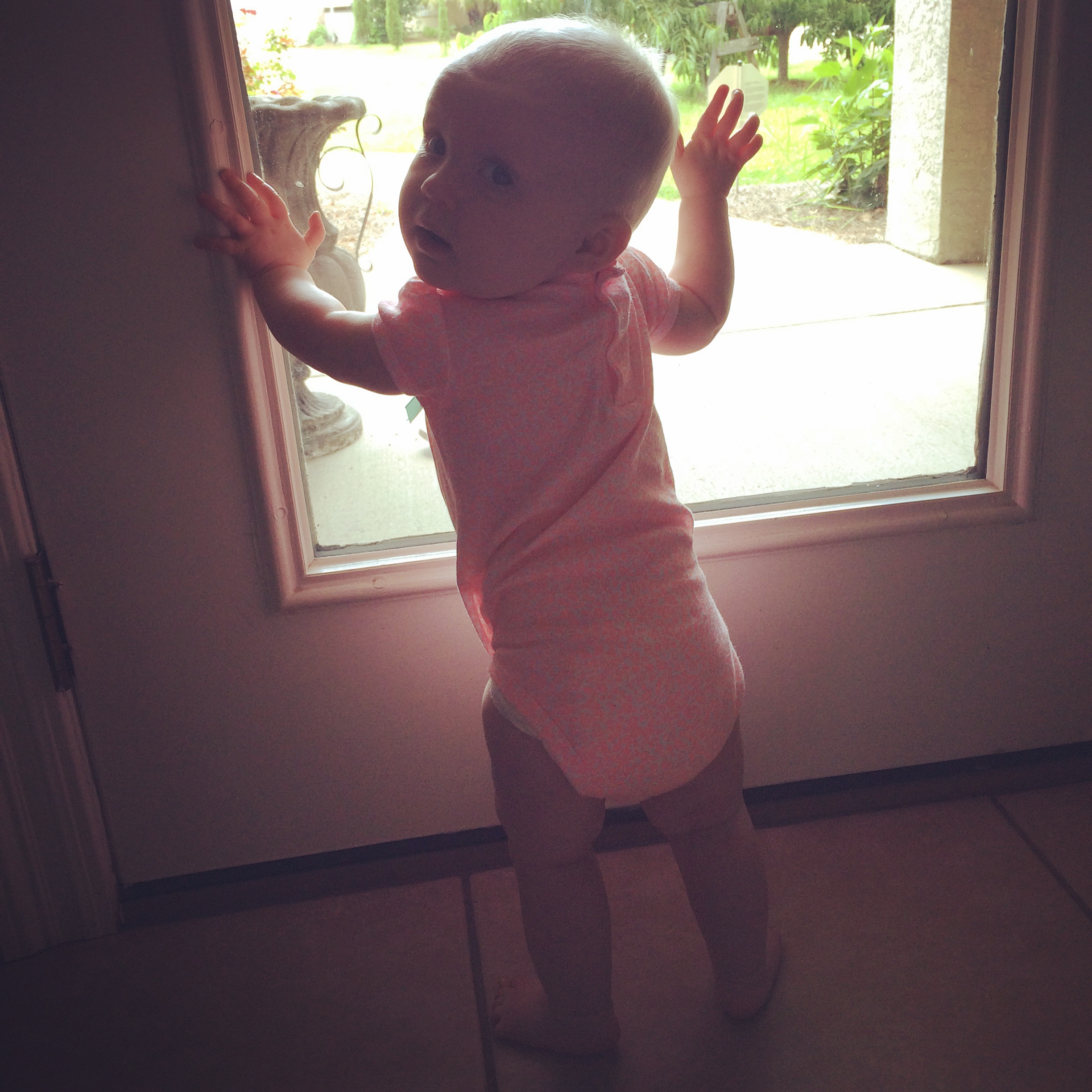 It was his rule that when he was home on the weekends, he’d be the one to get her from her naps because it was, “important that she knew who her daddy was.” She’d squeal when she saw it was him coming in her nursery, and jump at her crib rail waiting for him to pick her up.

I had never seen her crawl so fast as the time he returned from being out of town for two nights. Eleanor and I had been staying at my mom’s while Ted was gone, so he came directly to her house when he got back in town since he didn’t want to go longer than he had to without seeing Eleanor.

We stayed at my mom’s for the first month after Ted was killed so it was those same floors on which she’d stop crawling, put her head down, and begin to cry when after days and weeks of her calling for him, he wasn’t returning.

The day we moved back home was the first time she had been to the house since we left for the hospital thinking he was still alive. She was so happy as we came up to the front door and crawled into every room, looking for him. When she checked the last room and didn’t find him, she sat in front of his Navy portrait that we used for the funeral and stared at him. 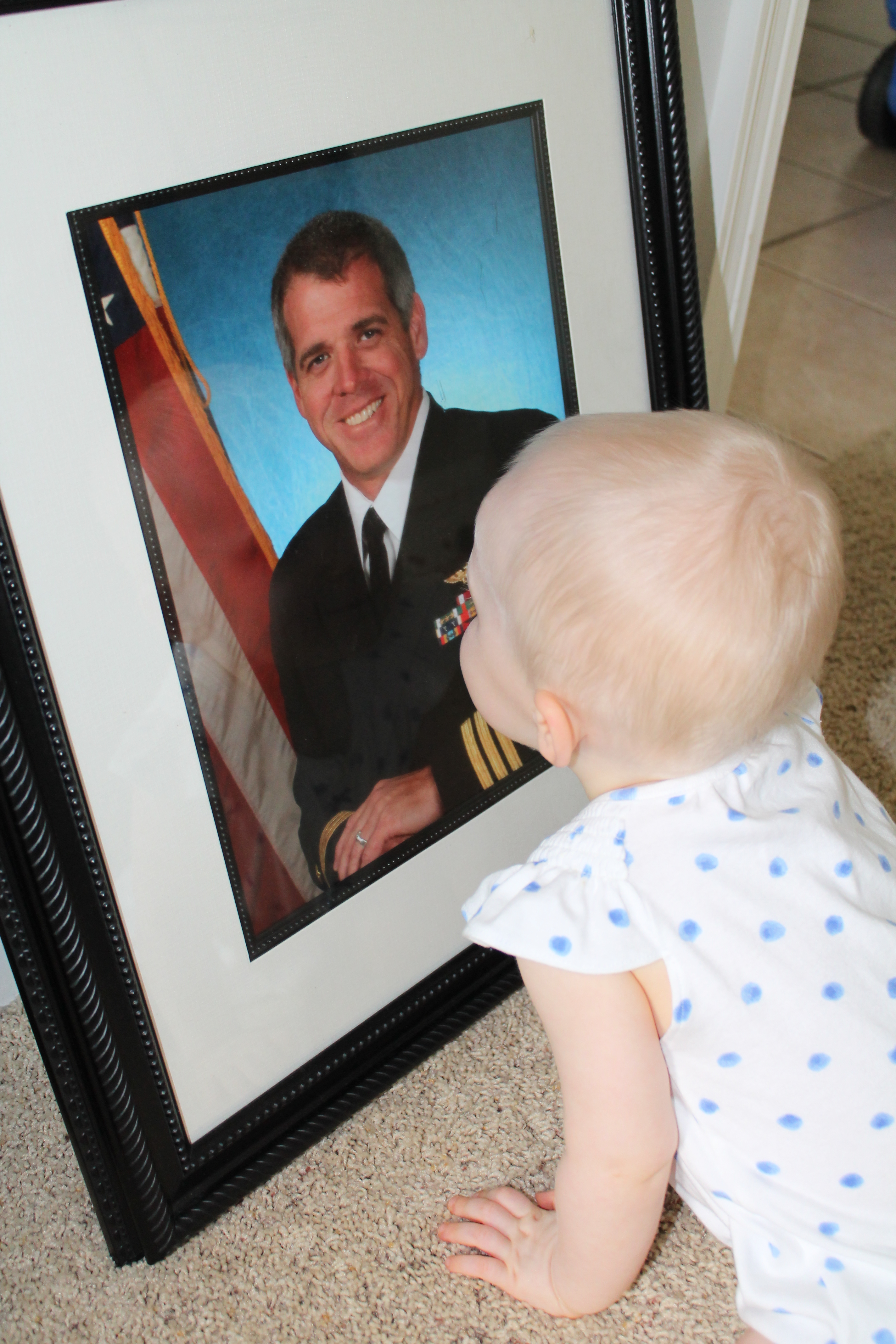 For months, when I’d go into get her from her crib in the morning or after a nap, she’d see it was me and begin to cry, saying his name through the sobs.

The same would happen when someone would come to the front door, she’d crawl to it with all her might, saying, “daga, daga, daga,” only to find that it was not her daddy.

For months, she’d regularly go to the front door and look out, waiting for him to drive up.  She now only does it from time to time, but I know that her hope for his return remains. 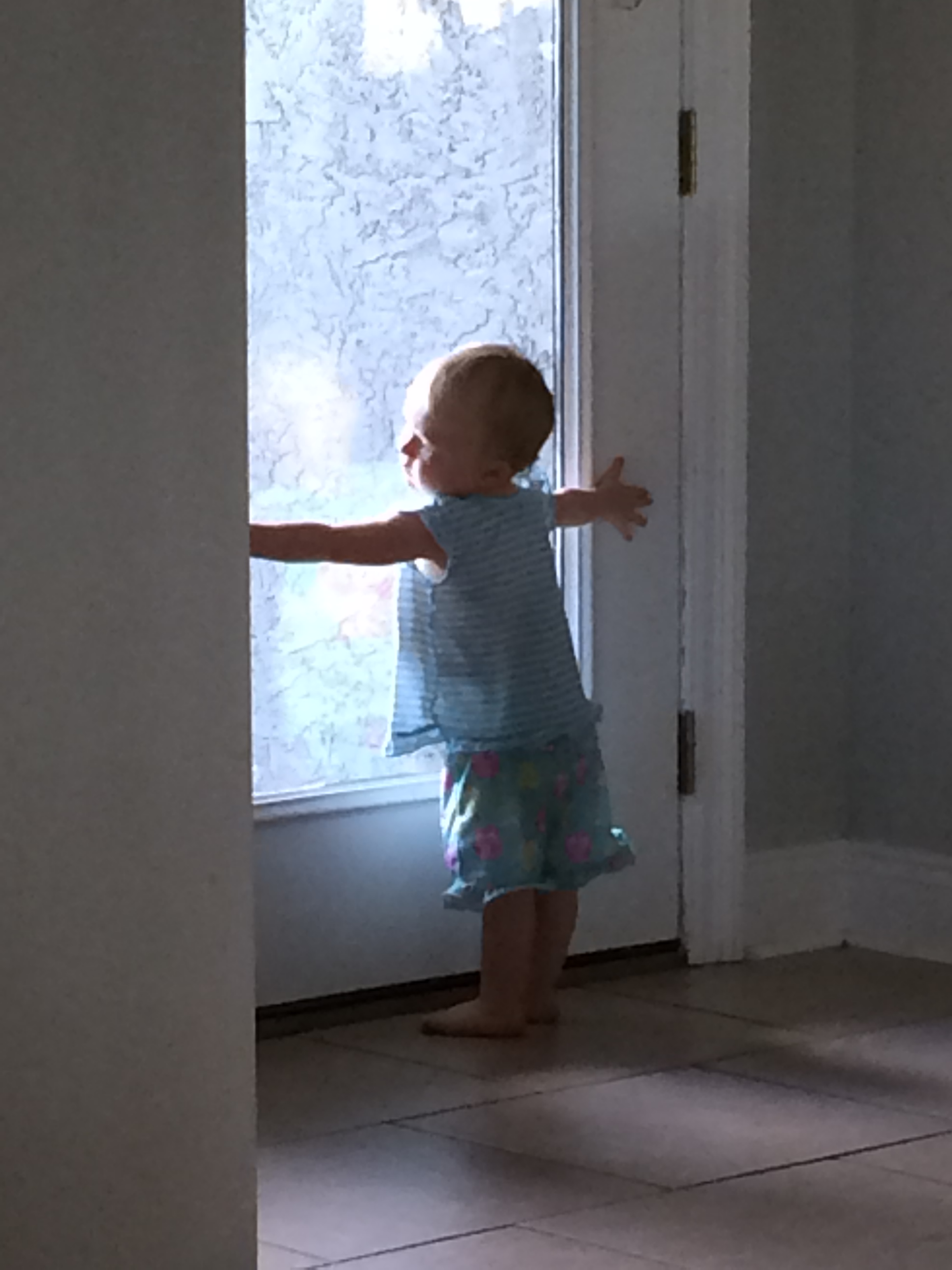 It’s now been a year and 15 days since Ted’s life was ended. Eleanor has lived for exactly as many days without her father as she got to live with him. Today is her 25-month birthday.

She has not forgotten him, nor did she quickly bounce back. For the majority of this past year, she couldn’t see my phone or computer without desperately clamoring to see pictures of him – calling for him.

When she began to have tantrums around 18 months, they’d last for 30 and 45 minutes. I’d follow the recommendations my parenting books gave: distract, ignore, hug and quietly sing to her. When nothing would work, we’d sit down and look at pictures of him and she’d relax into my arms. 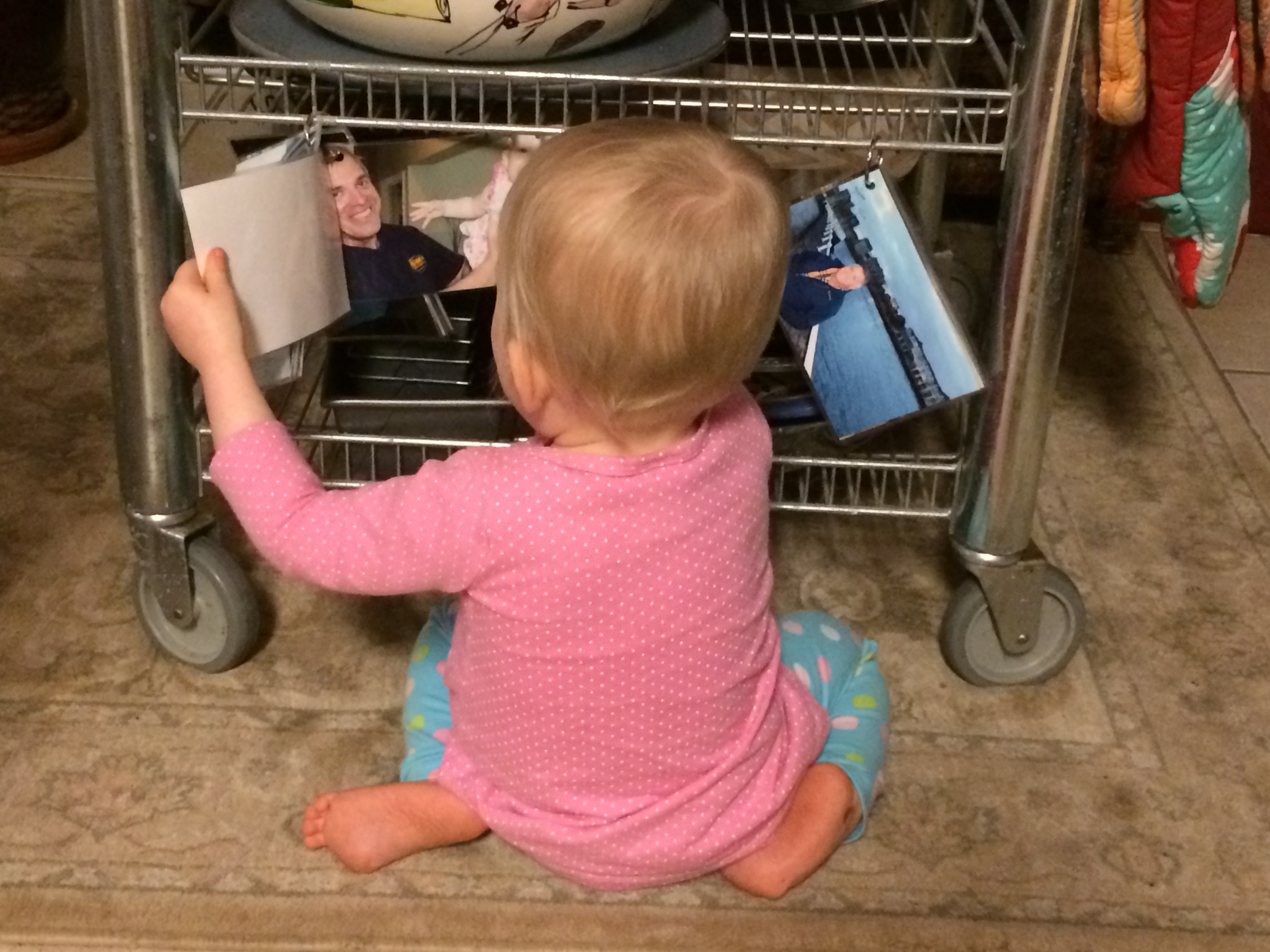 She can now look at pictures without getting upset and she seems happy see the two of them together. She laughs at his silliness and brings up things from the videos, sometimes asking me to do a game that I had captured him doing with her (like when he’d fly her around the house singing To Fly Fly My Daddy and I to the tune of “Too Shy Shy Hush Hush Eye to Eye.” That man loved his 80s music). 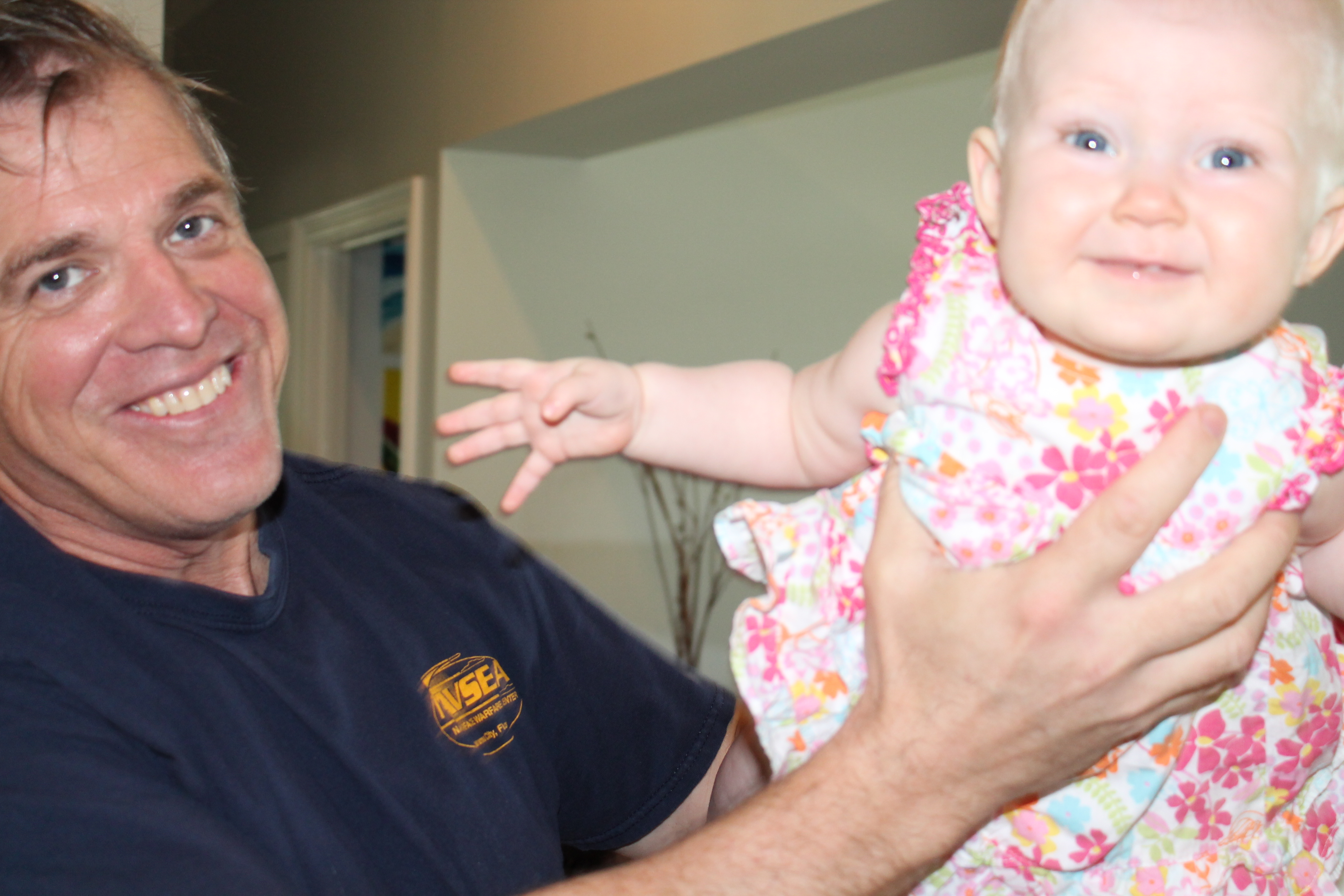 She talks about him every day and frequently says she dreamt about him when she wakes. Perhaps this is an answered prayer as I’ve asked God to allow her to see him in her dreams every night since our first night without him.

She points out things that were his, mostly remembering they’re his because I’ve told her – like his gardening gloves that I now wear in the garden. But a few weeks ago, I slept in one of his t-shirts, one that I hadn’t worn since he had passed and not one that’s in any of the pictures. When I walked into her nursery to get her, she pointed at it and said, “daddy’s shirt” with a smile.

Like many things, I don’t know how she would have known that.

I remember the day she said “daddy” for the first time and the bittersweet feeling that came with it. While it was precious to hear her say that, it was another marker in our journey without him.

He was daga to her when he was still living, but he’s become daddy, and a man she largely knows only through pictures. 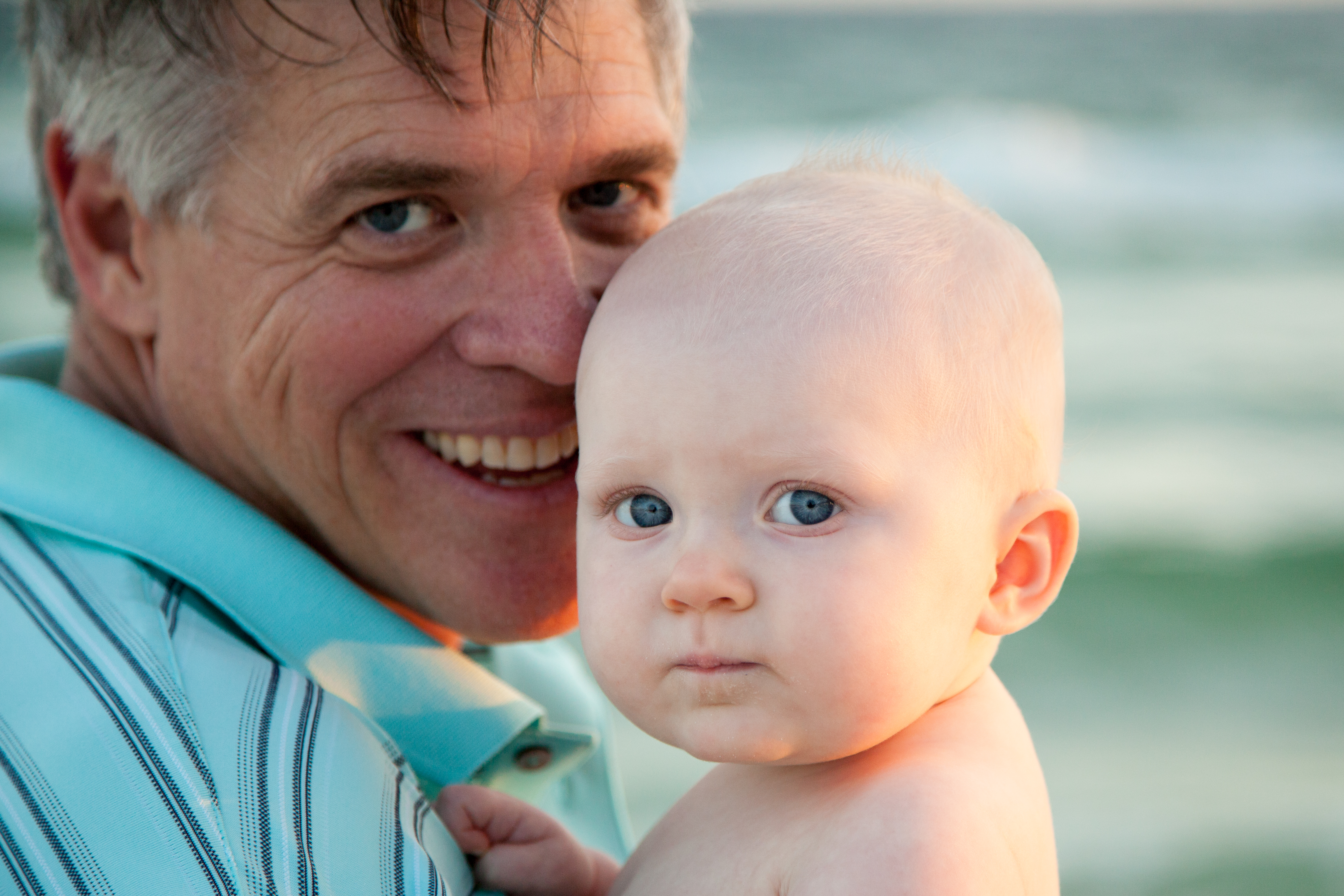 Comments Off on 380 Days Without Him