One day I came home from an errand and Ted was sitting on the couch with Eleanor in front of him at the coffee table and a big bowl of watermelon in front of her.

They were watching the BBC’s Big Cat Diaries and he was feeding her watermelon chunks. She didn’t even notice my walking in (or the red juice dribbling down her chin) because she was so entranced by the cheetahs and lions.

We hadn’t really let her watch much TV up to that point (except for the Women’s World Cup matches – duh), but I couldn’t help to be tickled when I saw how much she was enjoying not only Ted’s new favorite show, but also his new favorite food.

Once Eleanor was born, Ted became super motivated at the gym and that translated into what he ate. We were both cursed blessed with an ardent appreciation for sweets, so we both had to have something sweet after a meal. But now we were trying to find healthier ways to satisfy the beast.

I just upped the percentage of my dark chocolate (it’s hard to want a whole bar when it’s 85% cocoa – yawn) and he began eating watermelon for his dessert. A half pint…every day. What I got in flavonoids from my chocolate, he got in spades in lycopene. Hello heart healthy.

Eleanor was already beginning to show a pretty decent affinity for watermelon by that point, but in the months that followed, she became obsessed. About six months ago, a friend of mine was watching Eleanor so I could paint the town red (by grocery shopping) and she told me that after eating a full dinner, Eleanor plowed through the half pint of watermelon, then proceeded to drink the juice.

So I decided for her 2nd birthday, we’d do a watermelon theme. That summertime goodness had not only become her favorite thing ever, but more importantly it was a nod to Ted. It made me feel like he was part of the day.

We had an old-fashioned birthday party. Friends helped me put out some inflatable pools and slip and slides in the back yard; I’ve never seen Eleanor have so much fun. Her best friend had a watermelon swimsuit and I was able to procure a matching swim cap.

She was an absolute doll. 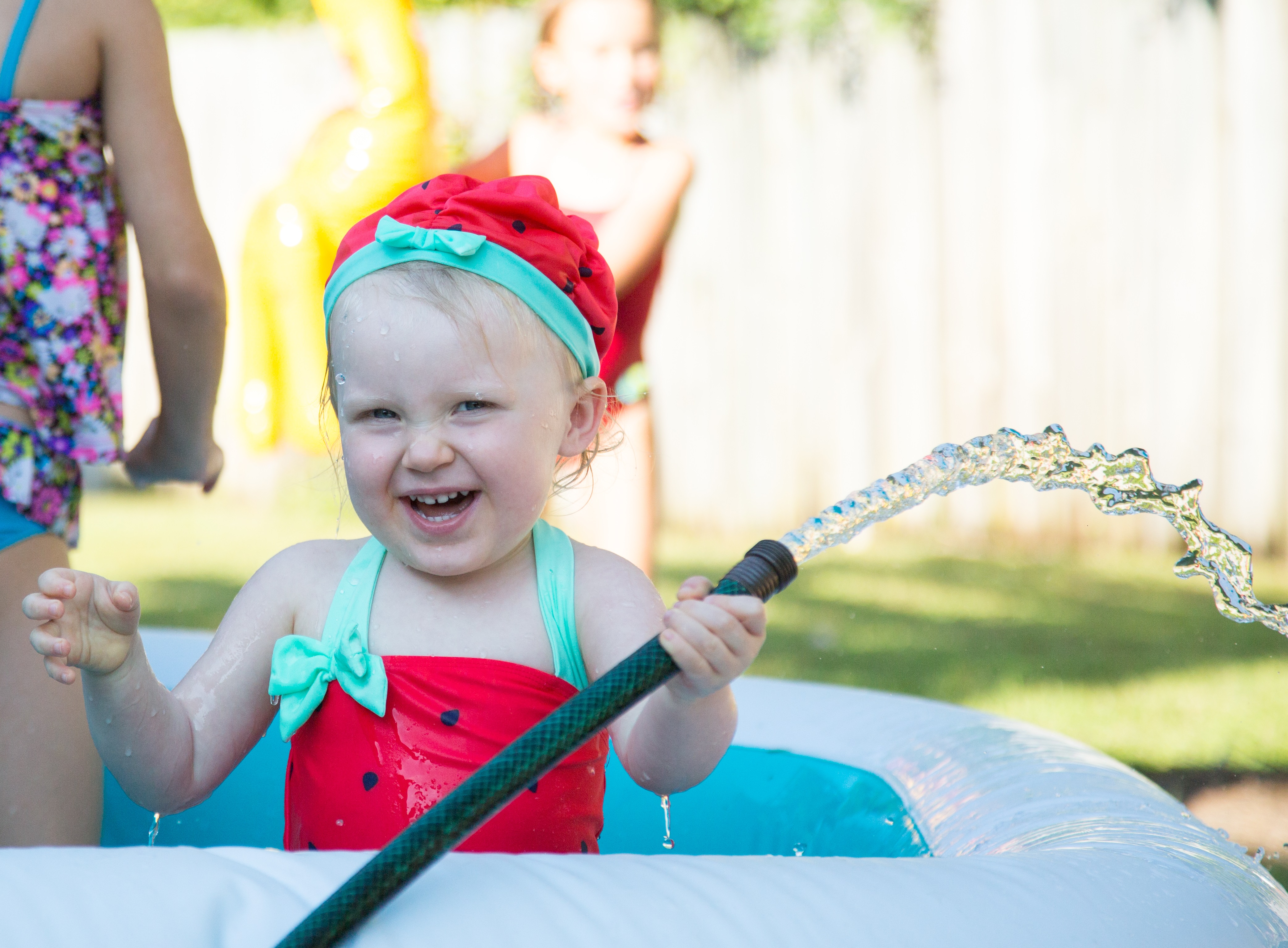 It warmed my heart to see her so incredibly joyful, but as with all sweet moments, the sweetness rests like a thin blanket over the cold sadness that is our loss.

It was her first birthday without him and his absence was gravely noted.  Underneath all the laughs of the children and the smiles from the adults watching them, he was incredibly missed, by everyone.

I wrote her a birthday card from him, something I do for each special occasion because that’s what he did (even Christmas and Thanksgiving). As with other cards I’ve written, I told her what I think he would have said if he were able.

I told her how proud he was of the loving, brave, and happy little toddler she was growing into. I told her he saw himself in her when she showed such determination in figuring out how something works (he always marveled at her grit). I made sure she knew how much he would have loved to be a part of her big day but that he was watching her from Heaven, with the biggest of smiles. 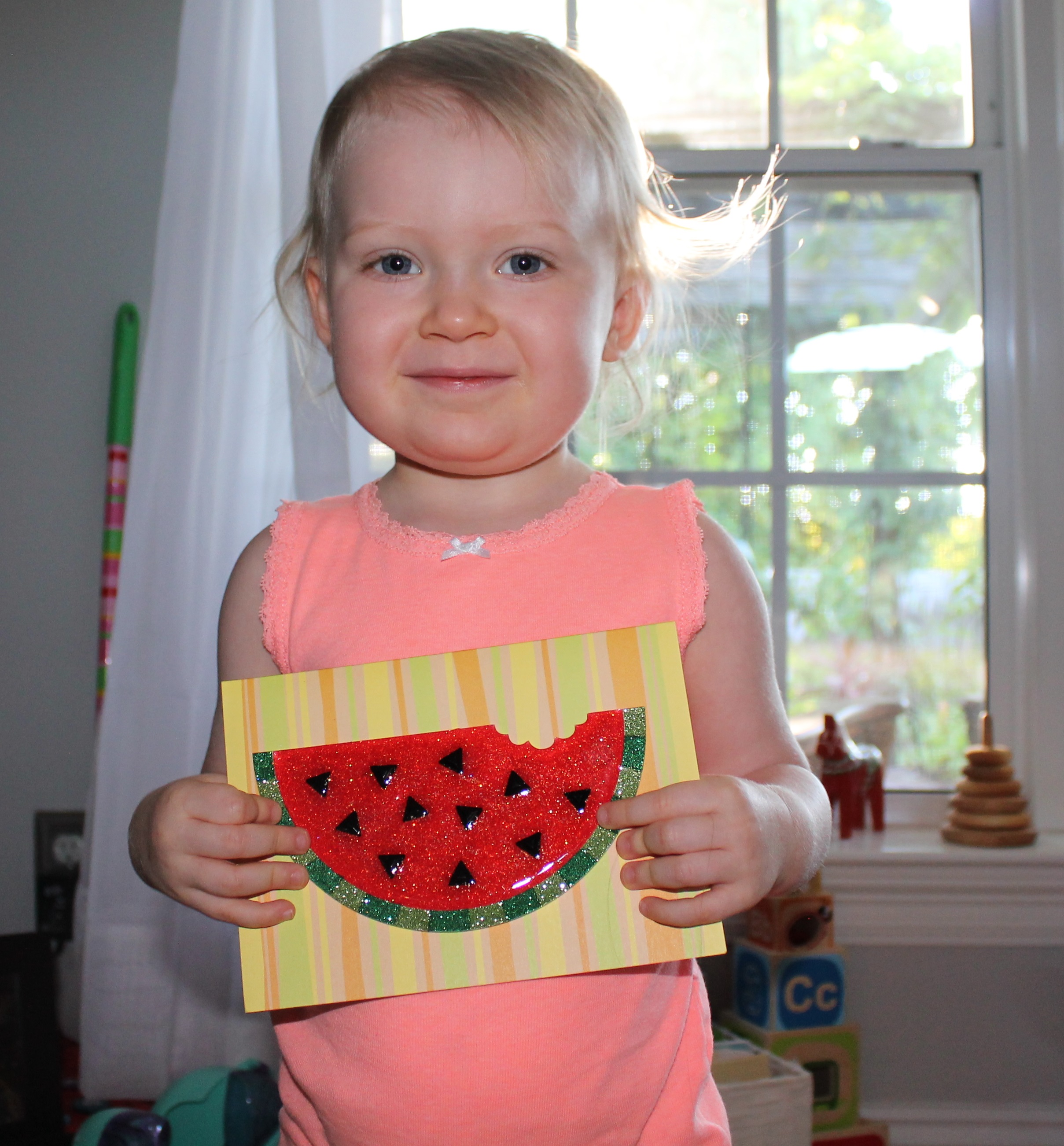 As I wrote this the night before her birthday after I had put her to bed and the house was quiet, I heard an owl hooting outside.

Over the years, Ted would point out a horned owl that would return each year to its perch in our neighbor’s pine tree. A few weeks before the accident, we were walking Eleanor after dinner and saw him on the bare branch at the very top of the tree and Ted excitedly pointed him out to Eleanor.

Ted liked owls and he began a tradition with her that summer when he’d come home from work. He’d take her out to the raspberry vine “to say hello to the hootie,” which was a fake owl perched at the top of the trellis to ward off birds from his precious berries. Eleanor loved to touch it and she really loved that Ted would let her pick one or two raspberries and eat them right off the vine. When she’d of course want more, he’d tell her they had to save some for the next day.

He loved that she liked owls and even incorporated that into the invitations for her first birthday.  I don’t know many men who design their child’s birthday invites, but he did – and was super excited about them when we picked them up from the printers.

Fueling her interest in owls, Ted would take her to the toy bin in Target and let her pick out a stuffed owl for her to hold during their shopping trip. At the end of each trip, he’d take her back to the bin and have her put it back so she could hold it the next time they were there. He thought it was so sweet that she never fussed when she’d have to relinquish the toy.

I was so charmed when he told me this story, so after he passed, a dear friend of ours went to Target and bought both stuffed owls that she found in hopes that one of them was the same one that Ted would get for Eleanor.

For the last few months, Eleanor and I have heard owls constantly. We frequently hear our tree-top owl when I open her window in the morning or playing in her baby pool in the back yard, but we also hear hooting at my mom’s, at the navy base when we go the playground, and out running errands. They seem to be a part of our days and we both get excited when we hear one.

One evening shortly before her birthday, we were sitting on the porch to listen to the owl. Eleanor was freshly bathed in her PJs, snuggling in my lap as we watched him silhouetted against the sky. Suddenly, he left his branch and swooped down almost to the ground about 10 feet in front of us, then flew back up and over the house and out of sight.

I’ve never seen an owl do that – I felt like it was him, Ted, saying hello.

I’ve told Eleanor the story about her daddy taking her to see the hootie at the raspberry vine many times and that maybe daddy sent the tree-top owl to watch over her. My intent isn’t to confuse her, but rather to give her comfort. And honestly, it gives me comfort as well.

When I heard the owl’s faithful hooting as I wrote my sweet baby girl a birthday card from her daddy, with my heart breaking that he wasn’t alive to do so, I felt – I believed – that was Ted was watching over me too. 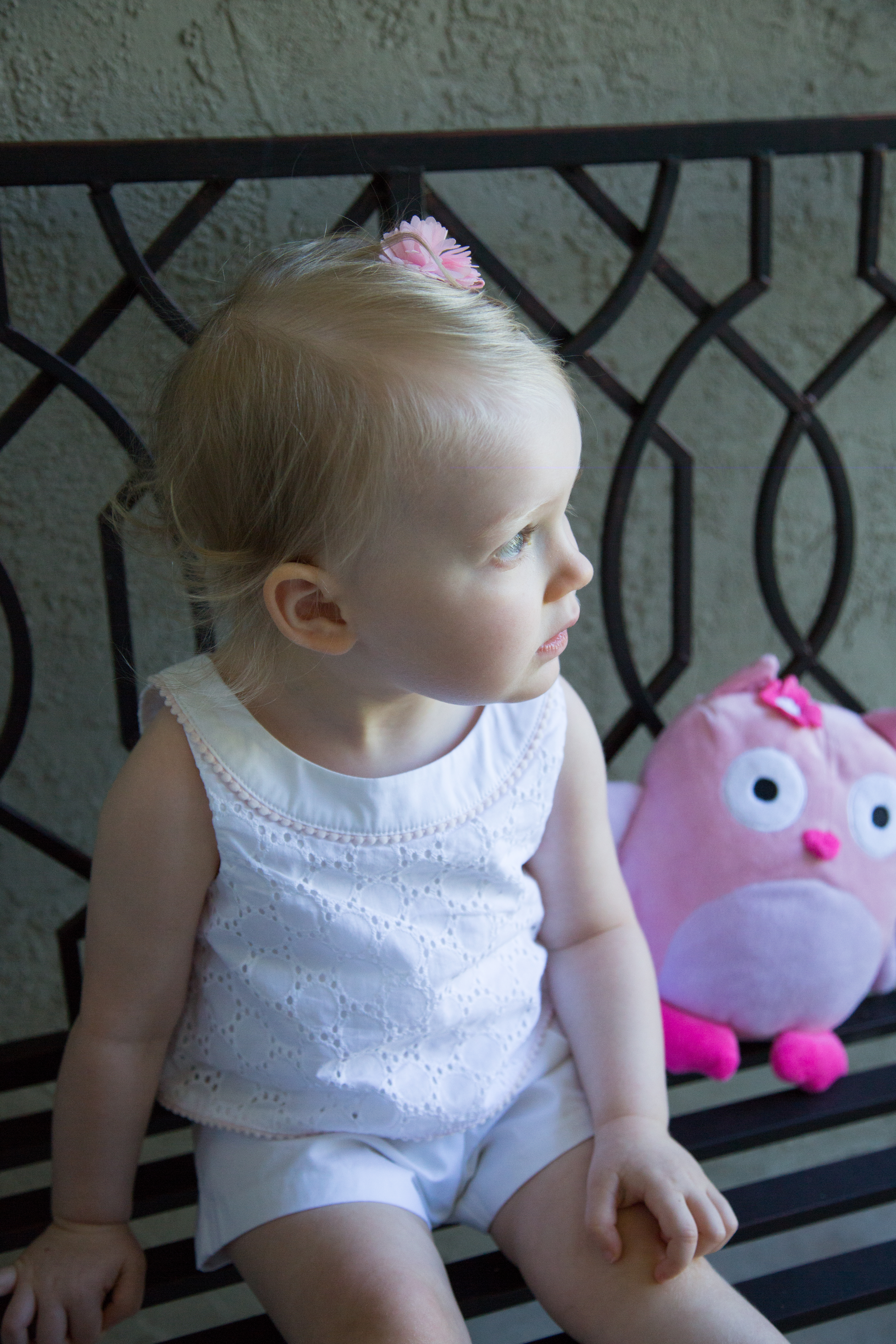 Comments Off on Watching Over Us