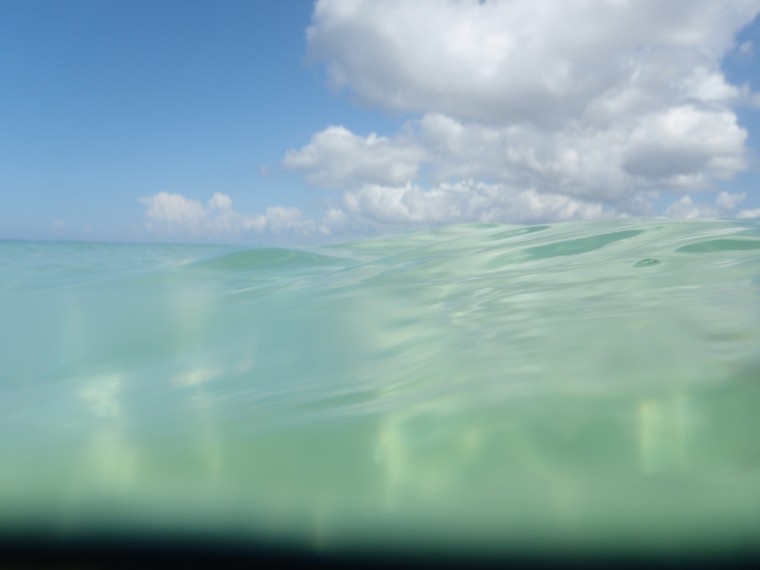 I walked into the water, feeling shells crunching under my feet.  It was cooler than I expected but by the time it was up to my waist, I was used to it.  When I got outside of where the waves were breaking at the first sandbar, the sounds of the people on the shore had disappeared into the low roar of the waves.

When I was chest deep, I took a breath and submerged myself.  I stretched out on my back and looked up to the surface.

No voices of others, no internal chattering of my own.  Just the muffled sound of the waves above me.

The water so clear and the sky beyond that was so blue.  It wasn’t as I had pictured it for so many months.  Since the accident, I’ve envisioned myself floating in turbulent waters, looking up at a darkened, ominous sky, and then sinking down to the bottom, so very far from the surface.

But not today.  Today is his birthday.

I wanted to feel close to him, so I came to the spot where we spent countless hours together.  It was the place where I caught my first wave, where he pushed me into thousands of waves after that, where we’d sit together on our boards catching up on each other’s days while we looked out to the horizon for the next ride, where we found ourselves in bigger surf than we were suited for more times than we could count, and where we’d catch our last wave of the day – which would be one we’d catch one together.

He was such a romantic.

This was the first time I had been back to this spot, or even in the water, since losing him.  I felt like I was walking in slow motion when I was coming up the boardwalk over the dunes until the Gulf of Mexico stretched out before me.  The place that once represented such joy and playfulness, has become a peaceful, quiet place to honor him, and honor his love of the water.

He delighted in being on the water in any capacity, but the way he’d get so excited the night before going fishing was unparalleled to any other time.  No matter how long of a day he had, there’d be a spring in his step while he was getting our gear ready.

He told me he was the same way when he was little and would be going fishing with his “Pop Pop” the next morning.  He’d be so keyed up that he couldn’t go to sleep so his grandmother would bring him a concoction of milk and sugar that was supposed to be a magical potion to help him fall asleep.  He’d diligently drink it down and he said it worked like a charm.  Here’s to the placebo effect.

When we started surfing together, I found myself feeling the same eagerness for the morning to come.  If we were going for an early session before work, I’d get everything ready the night before.  In the years before we got married, we’d meet at his house and drive down to the beach.

He’d always have a thermos of coffee waiting for me.  There was one autumn that I was really into the Green Mountain blueberry coffee and every time I smell it, it brings me back to those mornings, sitting beside him in his silver Fj in my bathing suit and sweatshirt.

This morning’s trip to the beach was somber.  We weren’t listening to the surf playlist that he made.  We weren’t chatting about the day’s plans or goings on in the world.  I was quietly alone with my thoughts – a rare opportunity in my life with a toddler.

When I was walking down to the water’s edge, an MH-60 (the next generation of the helicopter he flew) rumbled over and I felt Ted’s presence.  After I sank into the water, I started swimming.  Within a few minutes, I was paralleling beach that was void of any tourists.  I felt like I had the water to myself and that seclusion gave me comfort.  For once, I didn’t feel like others were looking at me as “the widow,” but rather, I was just a woman, swimming.

I thought about him.  I thought about us, our plans, our dreams.  When I got tired of swimming, I walked in the water. I talked to Ted, I prayed to God.  I cried.  My tears mixed with the gulf and I let the salt water wash over me in hopes that it would cleanse my mournful soul.  I hoped it would provide me with a brief respite of peace and a sense of him. 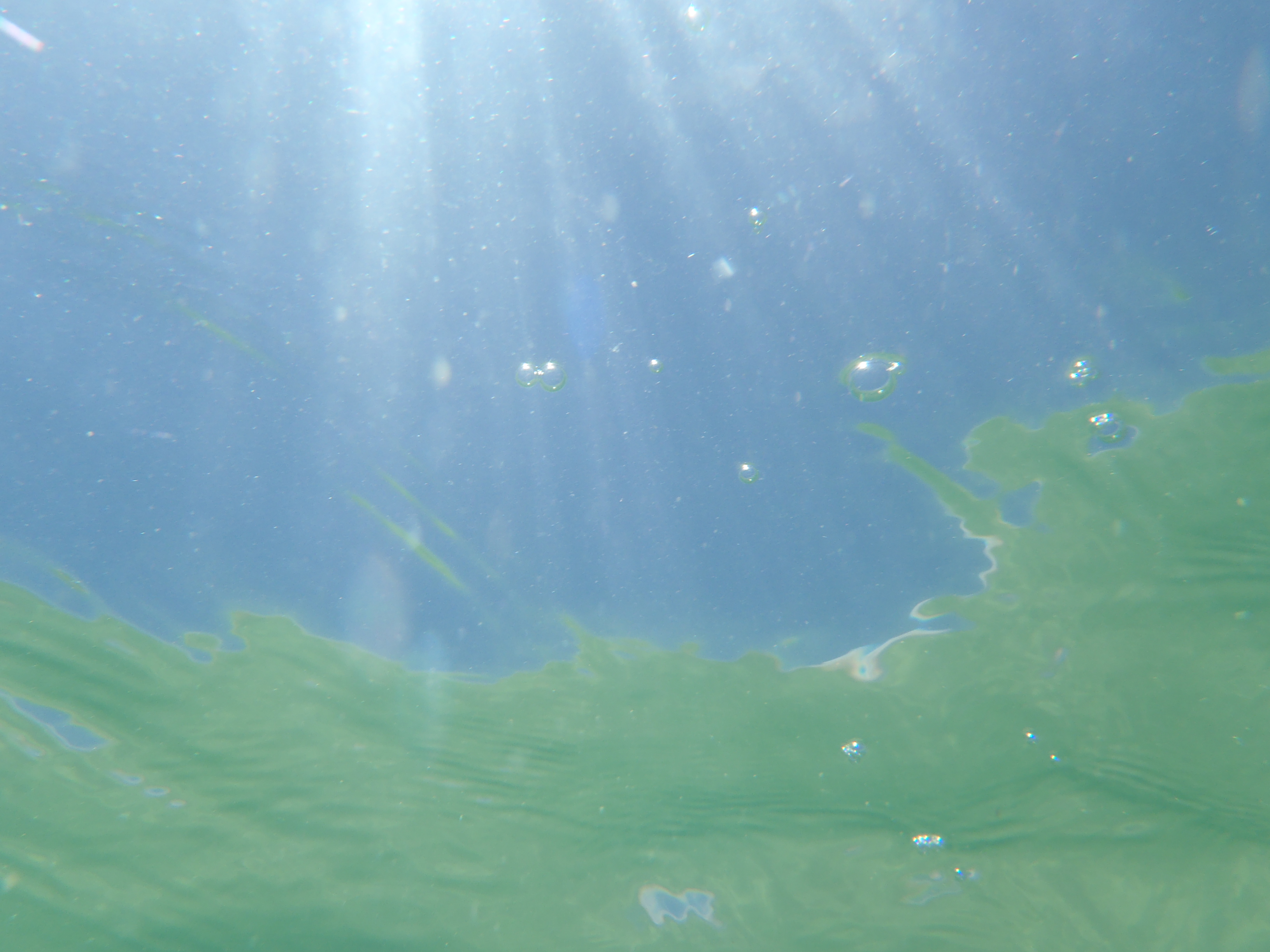 Comments Off on The Water