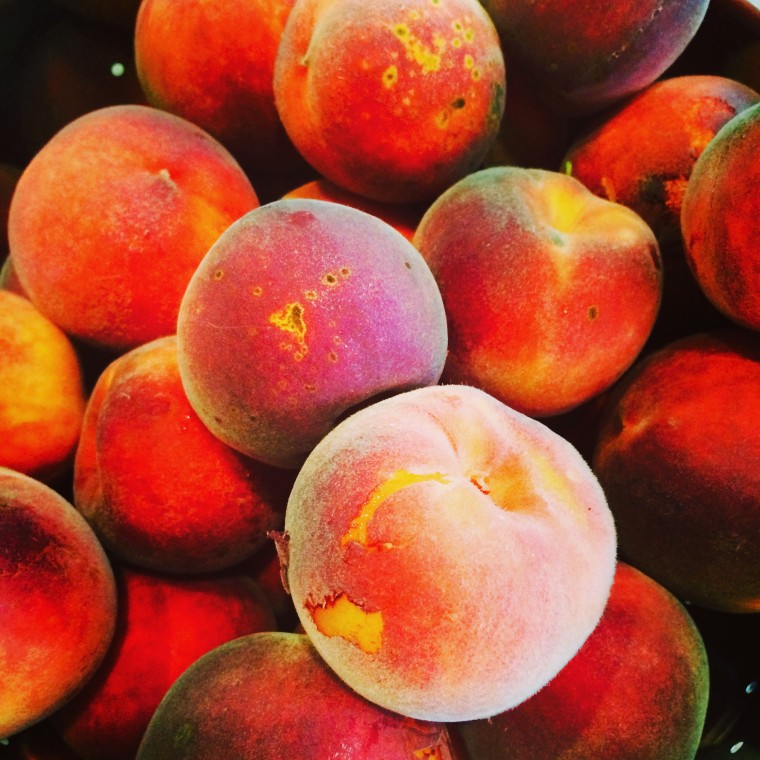 The Tree of Life

The first summer we were together, there were peach stands on every corner.  I had never seen so many local farmers setting up tents to sell their crops, and I haven’t seen anything like it since.

Ted and I were constantly buying small baskets of peaches and bringing them to one another at the office.  I have memories of him sitting in my cube eating peaches so ripe that he’d invariably get juice on his gorgeous ties.  I felt like we were kids, for that brief moment in our hectic work days, sneaking up into a shade tree eating something we snuck from our mother’s kitchen.

A couple of summers later, we were coming back from surfing one morning when we saw a farmer who was selling homemade peach ice cream from a roadside stand.  In typical Ted and Maureen fashion, we hit up that farmer every time we passed by for the rest of his short season.

After we got married, I only thought it appropriate to give Ted a peach tree for his birthday.  I had given him a grapefruit tree for our first dating anniversary and a fig tree a year or two after that, but peaches were becoming a thread that ran through our relationship. 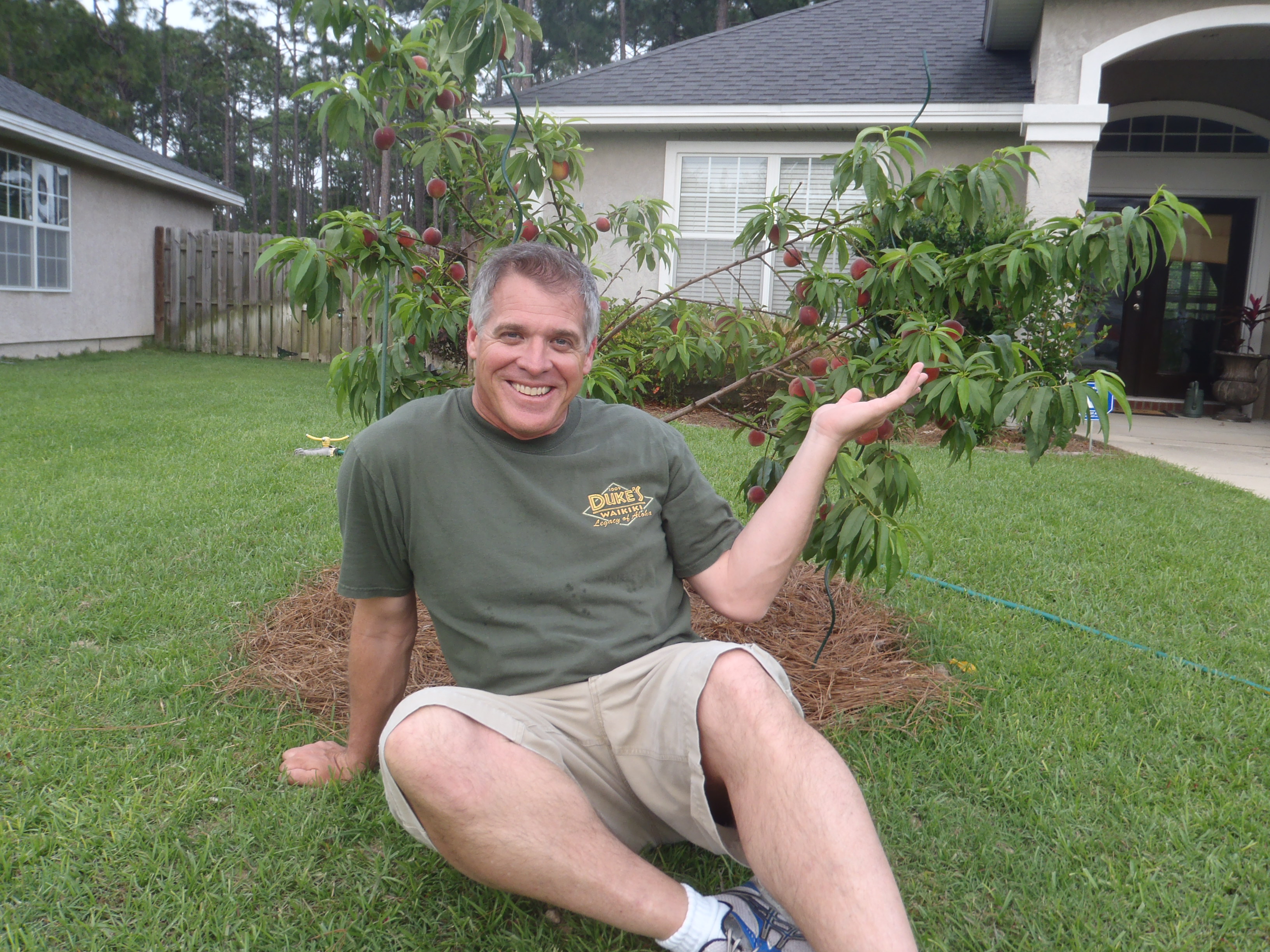 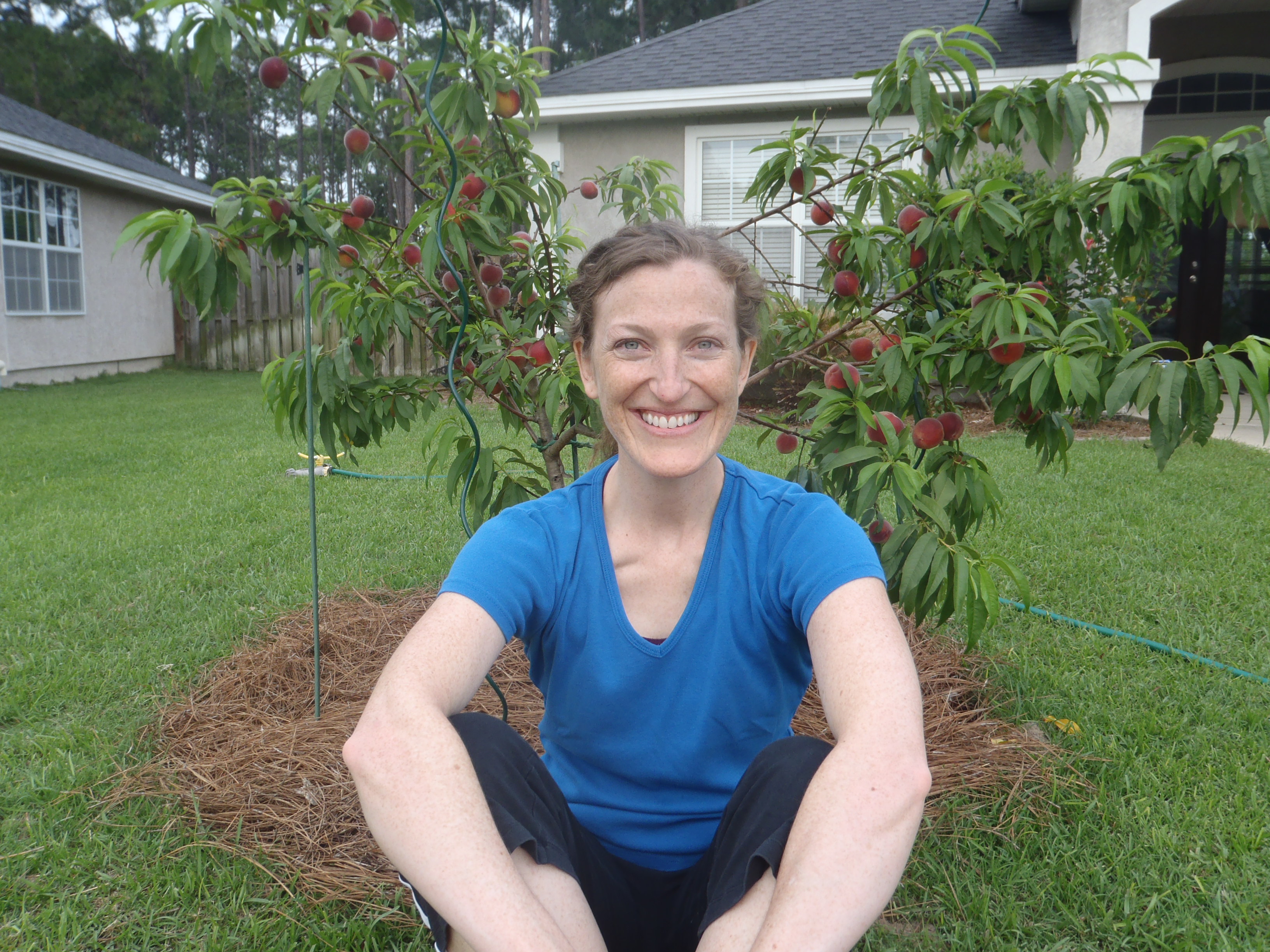 Ted babied that tree like no other in his little grove.  He built a platform on wheels so he could bring it into the garage on cold nights that first winter while it was still in a pot.  After we planted it the next summer, we ventured out on cold January nights to cover it with blankets to protect it from the forecasted frost. 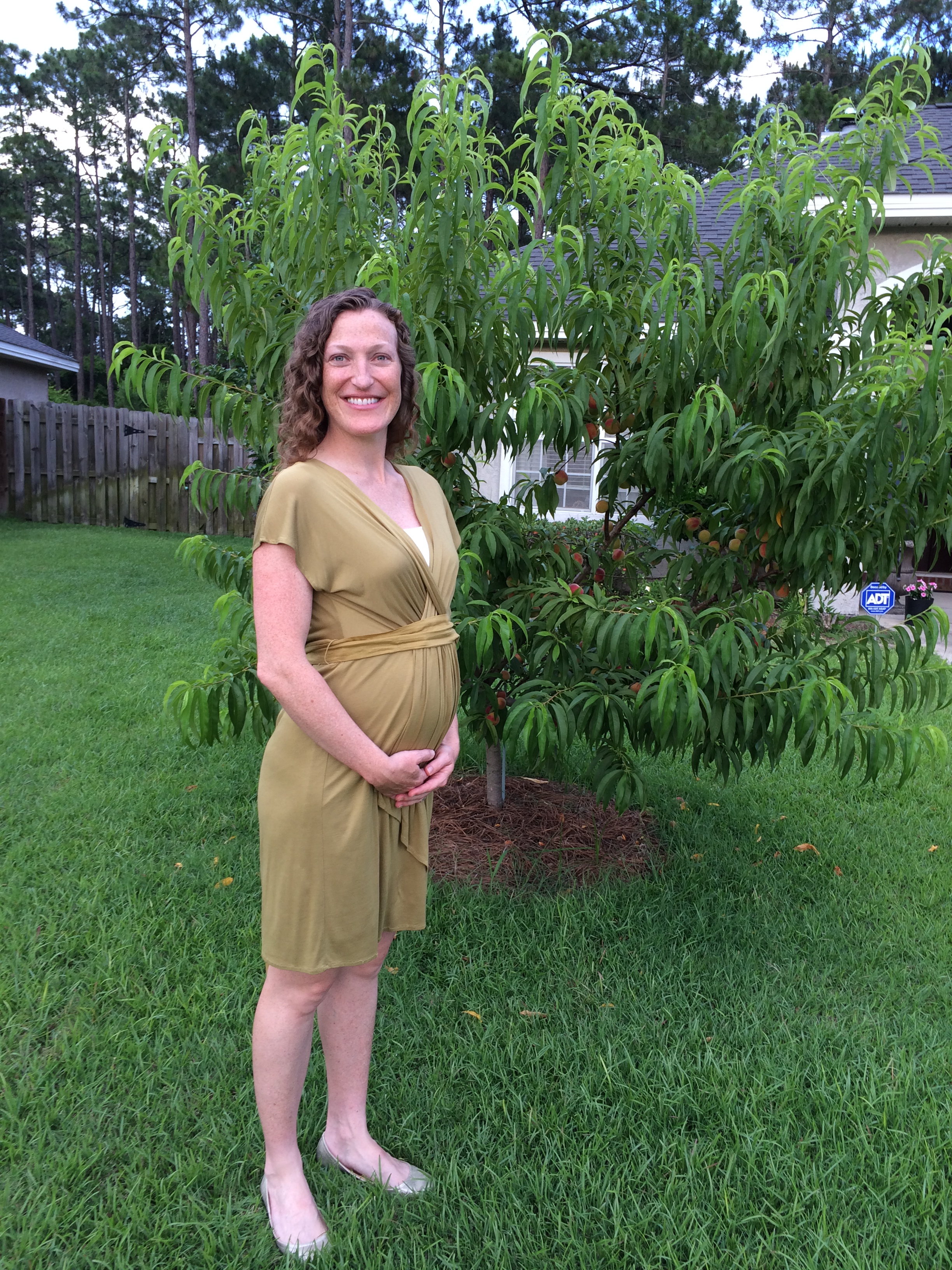 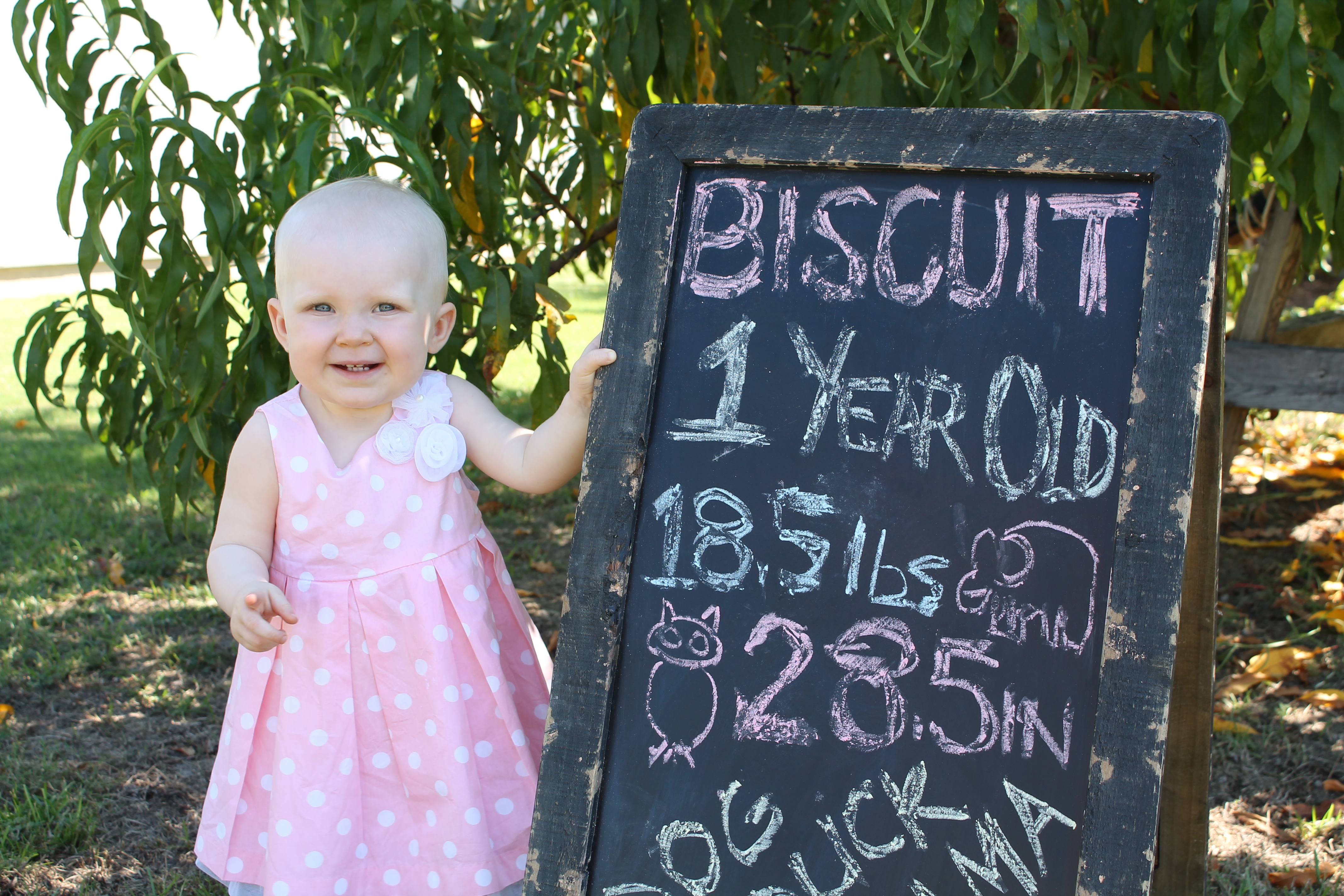 We loved looking out our window and seeing the pink blossoms in the late winter.  Our neighbors would ask if it was a cherry tree because it looked right out of the Tidal Basin. 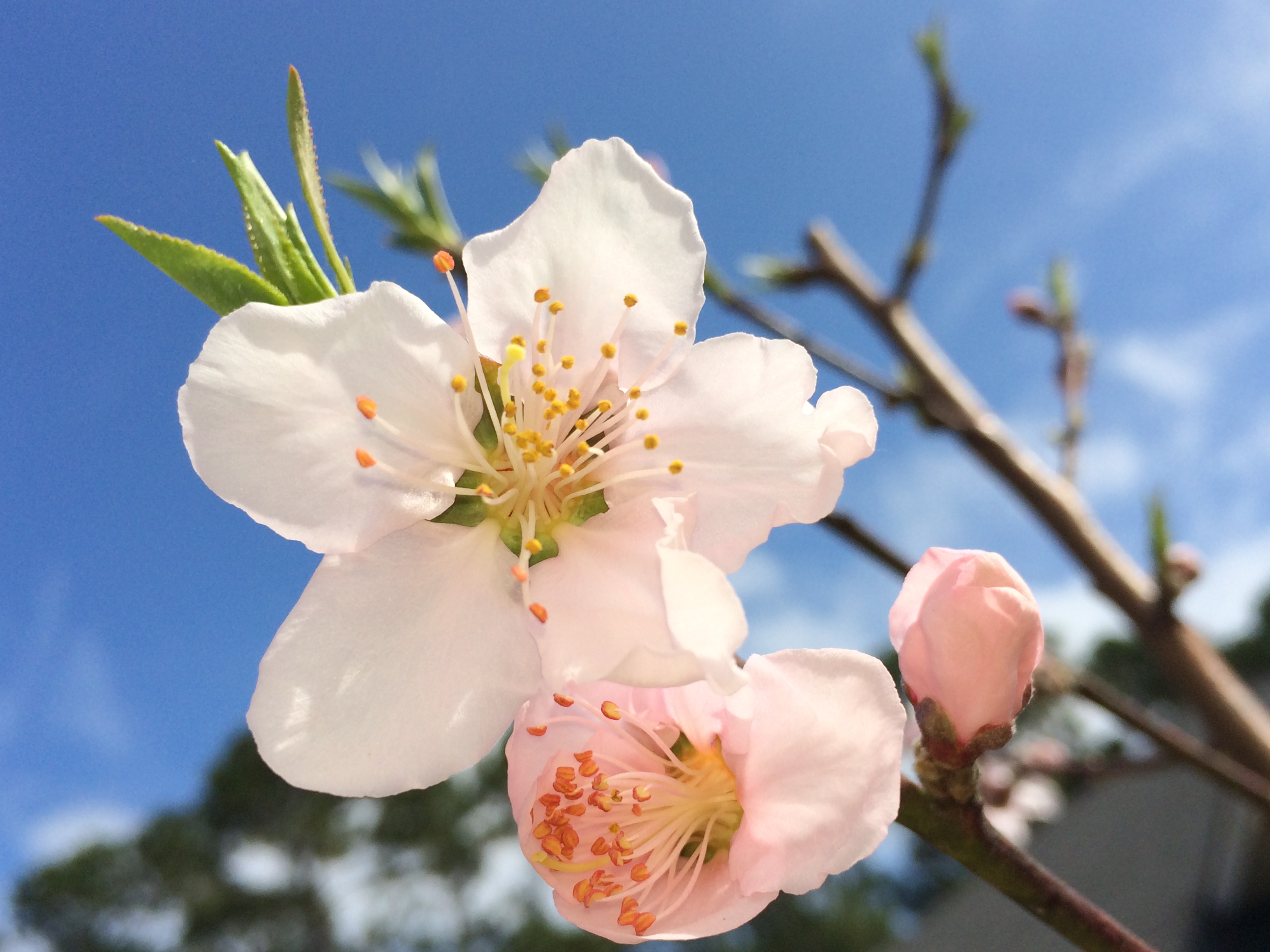 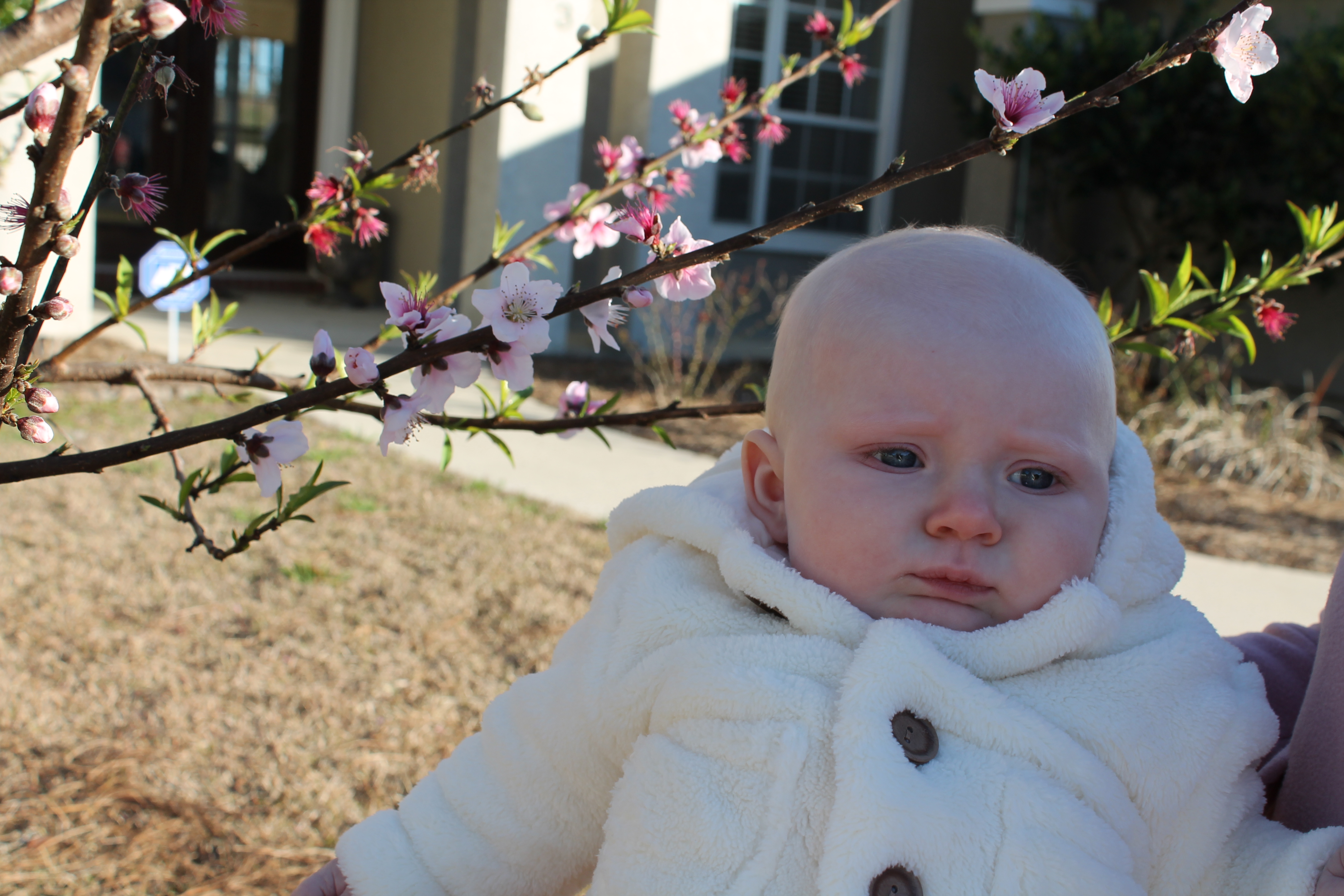 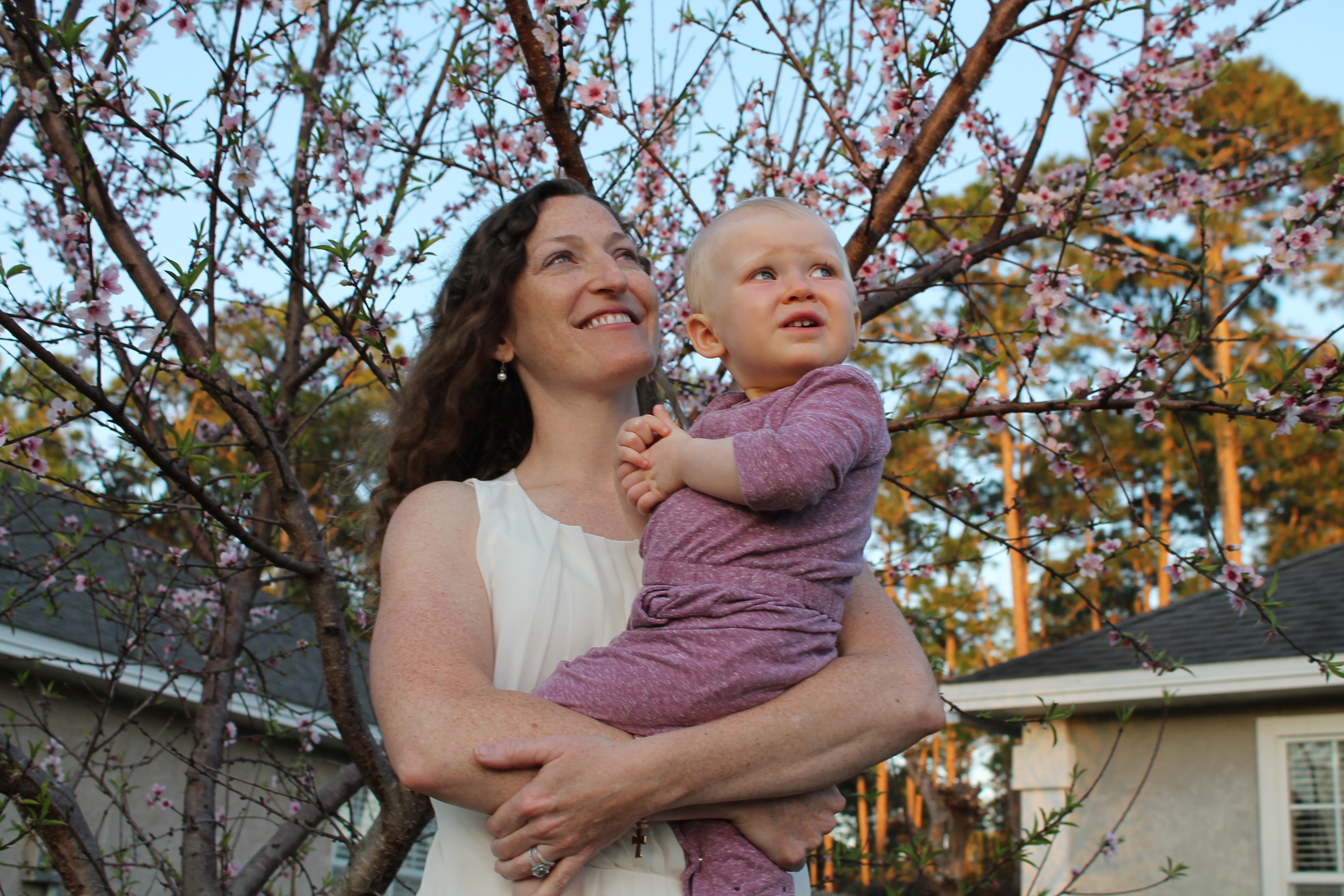 When those delicate pink flowers gave way to fuzzy baby peaches each spring, Ted meticulously culled through them to make sure there weren’t more on a particular limb than the limb could support.

Last summer, one of the limbs did in fact have more fruit than it could bear, and it broke under the weight.  So Ted created a cast using burlap and rope, then he propped it on a sawhorse until the harvest was over.  He loved his trees and his garden, he loved caring for things. 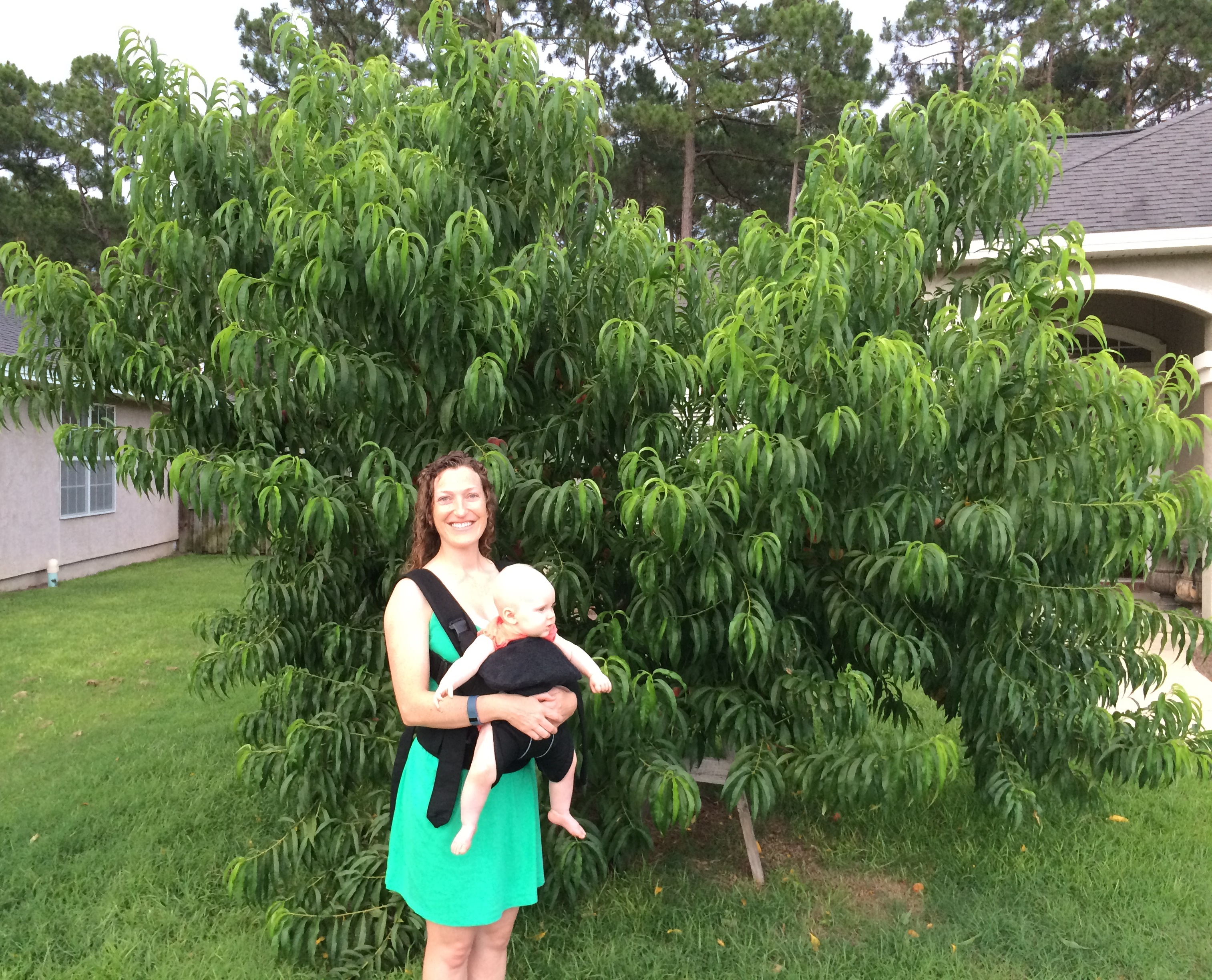 We had quite the bumper crop last summer and despite giving bags to our friends and neighbors, we still had enough for cobbler and pie.  With the remaining peaches, we made a huge batch of preserves and gave the amber-colored treasure as gifts to our family. 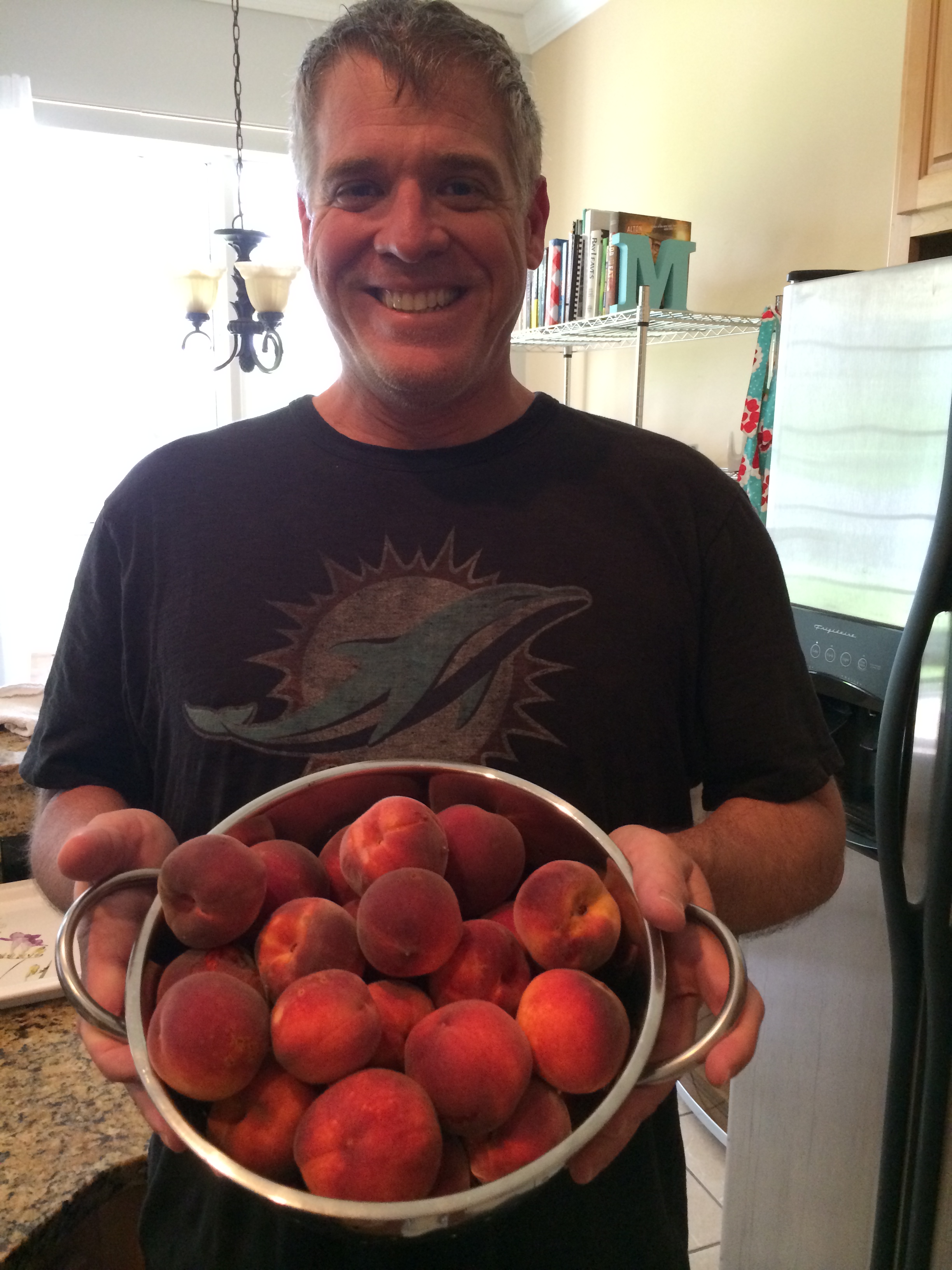 Ted took the lead on that project and I was his sou chef.  He had become super dedicated to his morning workouts and didn’t want to sabotage his efforts with a gallon of sugar in the pot of peaches, so he found coconut crystals to use as the sweetener.   Since sugar is the preserving ingredient in preserves, we weren’t sure how long they’d keep, but I opened up one of the last two jars on our wedding anniversary in March and it was delicious. 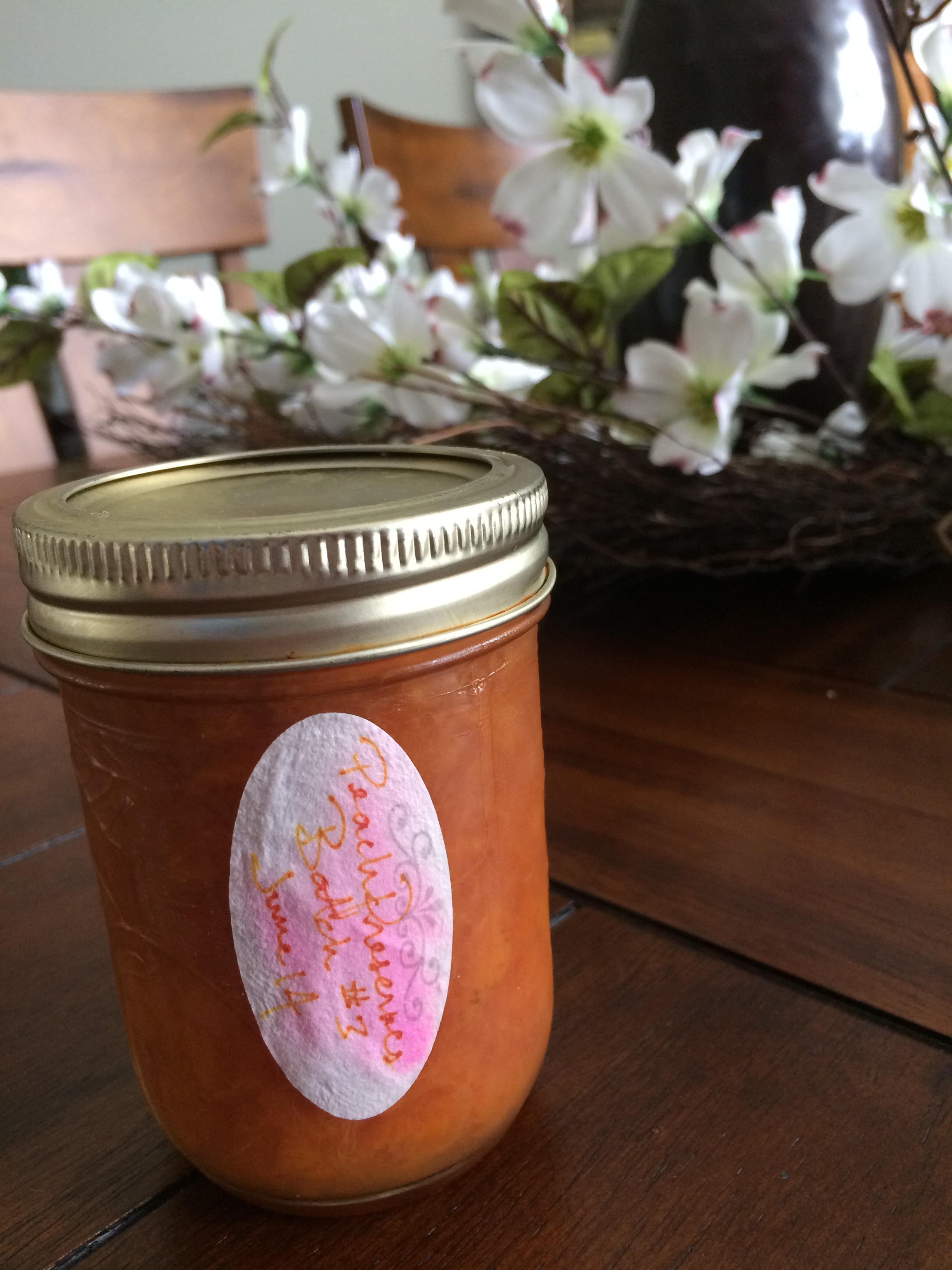 For lunch that day, I made Eleanor and myself eggs from our neighbors chickens, grapefruit from our tree, and toast with his peach preserves.  It only took my telling Eleanor once that the preserves and grapefruit were daddy’s, so now every time she sees either, she says dada with a big smile.

One jar remains and I hope it’ll last long enough for Eleanor to be able to try them when she’s older and can savor the experience. I presume that will be terribly significant to her at a certain age – being able to eat something made by the man she craves to know more about with each passing season.

Now that this year’s crop is ripening on the tree, it’s almost a daily ritual to harvest peaches when the sun gets low in the sky.  If friends or family are over, we’ll set up her baby pool and water table, which she loves dipping her peaches into between each bite.  But the ever-growing helper, she likes picking them off the tree too. 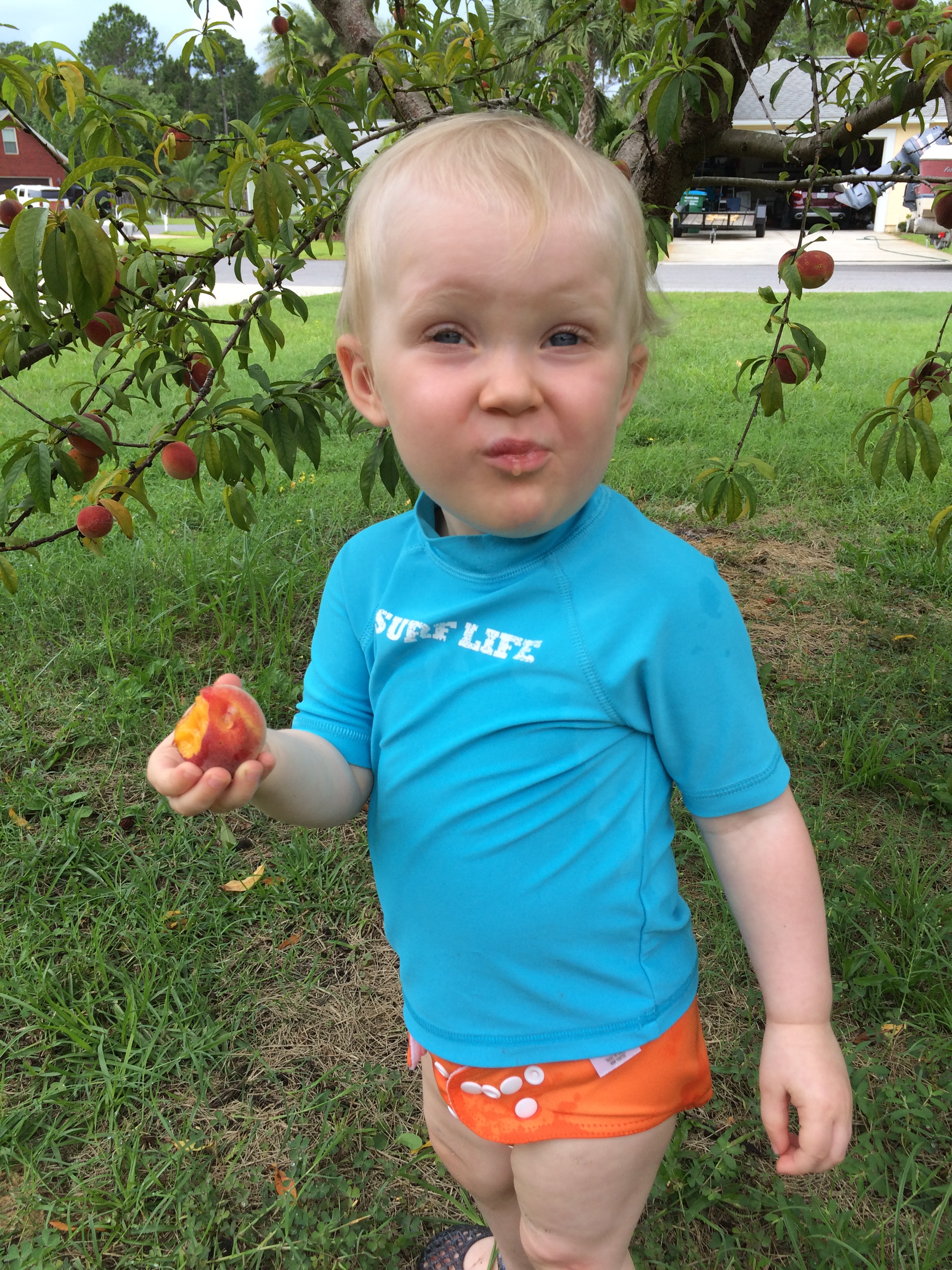 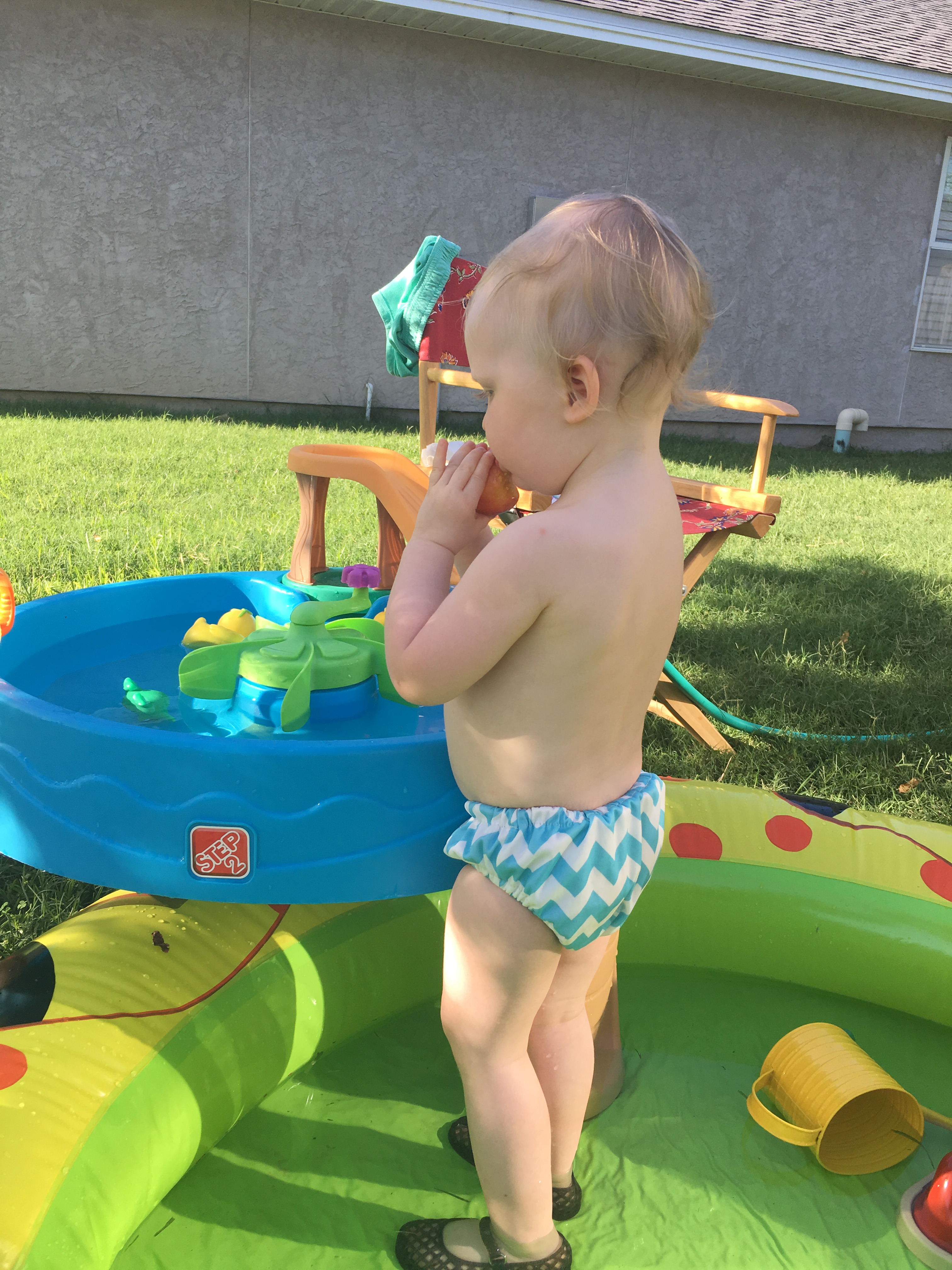 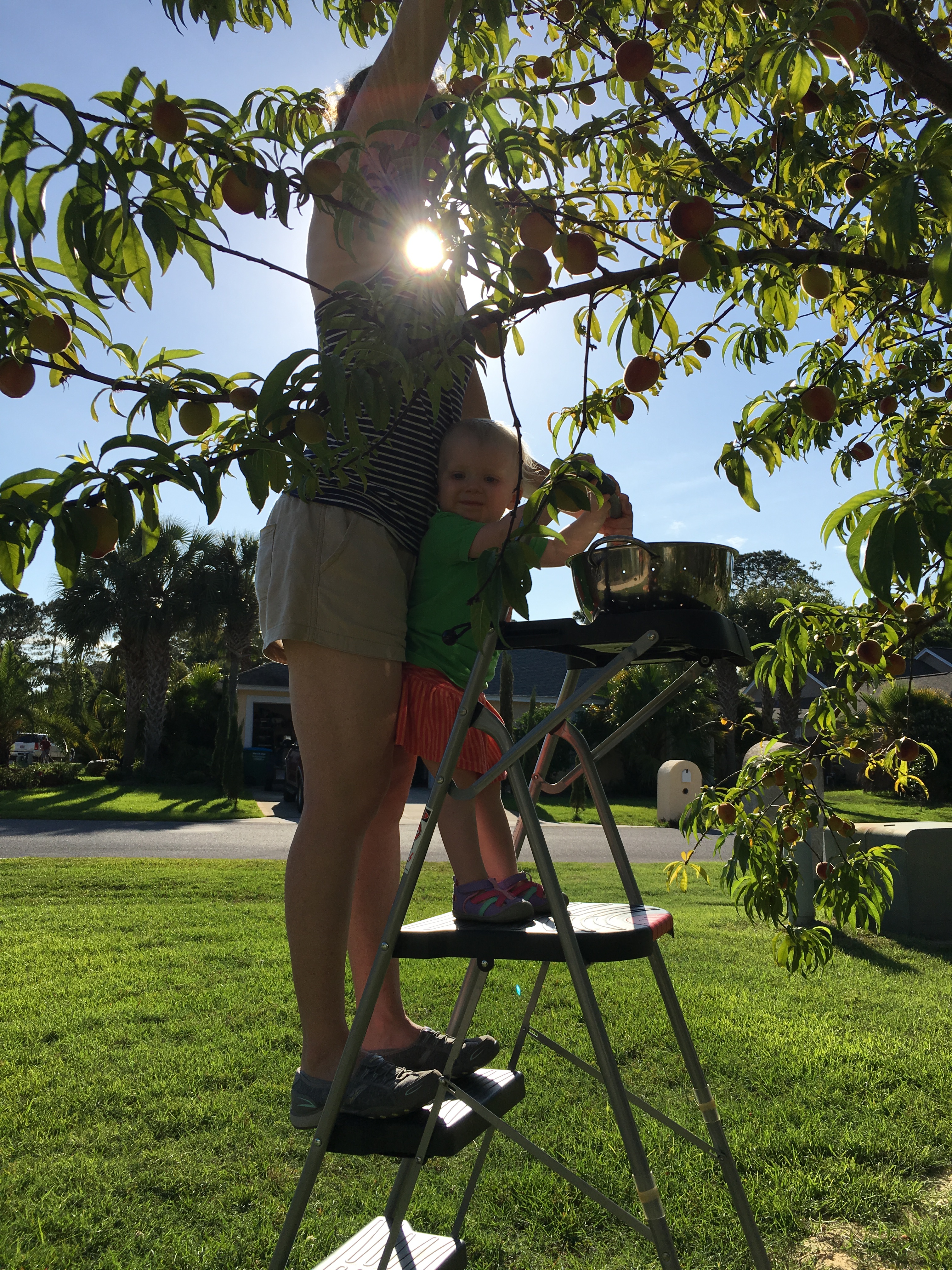 Neighbors stop by to admire the tree and we send them home with paper bags filled with peaches.  Everyone marvels at how much it produces and how quickly it’s grown in the few years since we planted it.  It’s becoming a gathering place for our family and neighborhood, which would have made Ted proud.

Eleanor knows it’s his tree; she points to it saying dada.  She seems drawn to it – almost like she senses his presence. 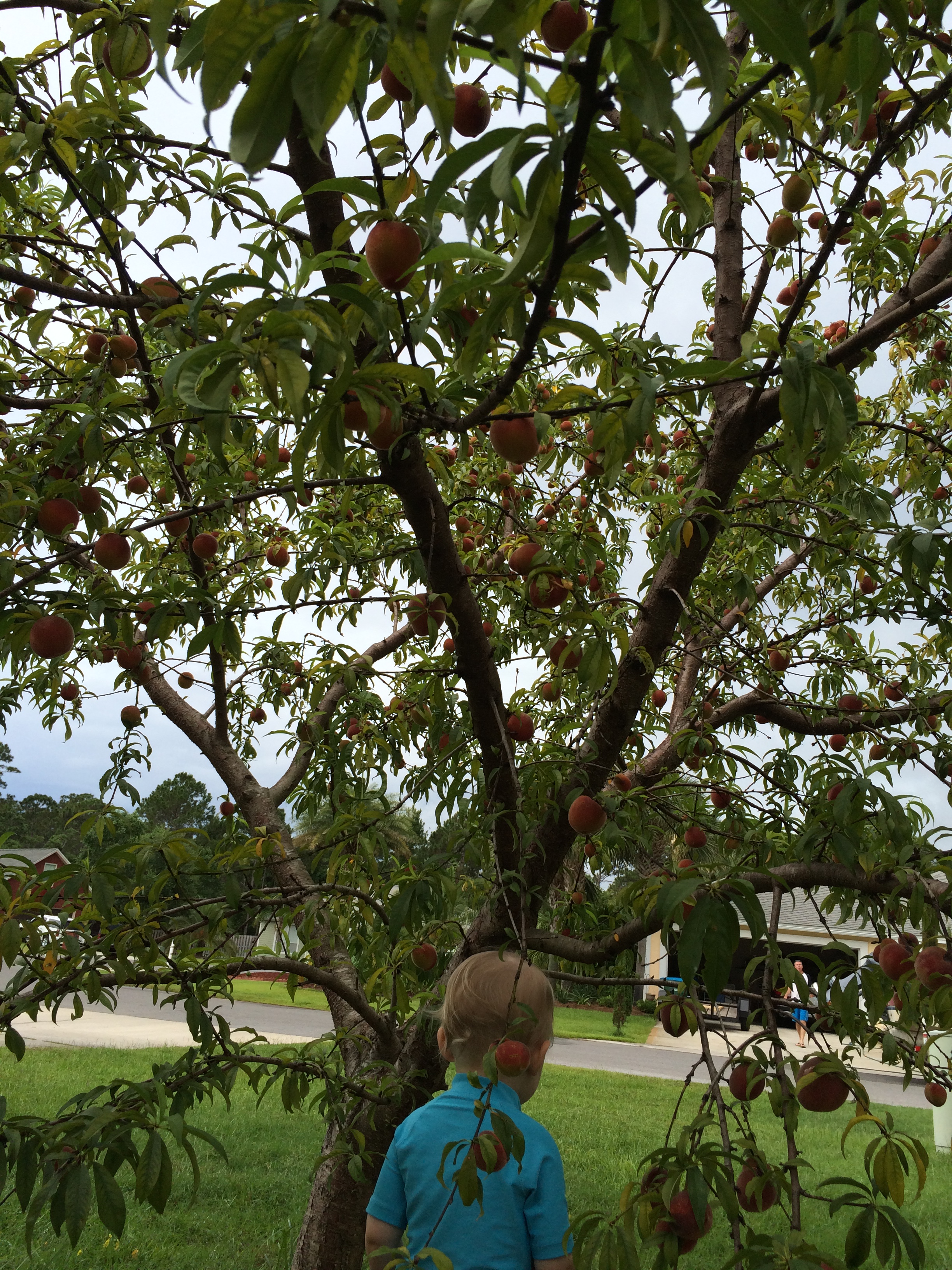